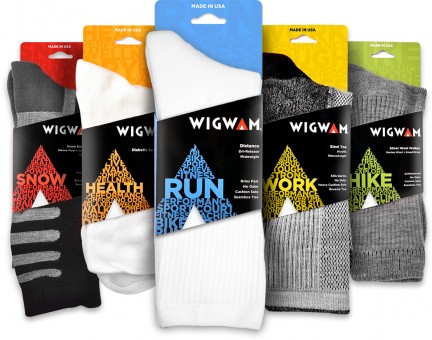 Challenges
Launched in 2008, the existing packaging sought to convey Wigwam as an all-American, family-owned brand with offerings for everyone: from the weekend warrior to the Olympic athlete. Despite an initial success, a slew of competitors entered the market recently with hard-hitting technology messages, causing Wigwam’s packaging to no longer stand out as they had once done so well. Wigwam again chose MSLK because of our deep understanding of the product line, their challenges, and our ability to help unearth deeper core issues with the brand.

Strategy
MSLK developed several fast-paced exercises for the team, designed to help them focus on the most important aspects of their brand. These exercises were then translated into a creative brief that clearly communicated how we would solve the main issues during the design process. Our findings led us to four key insights:
1) Wigwam’s new packaging should play-up performance2)  Graphics should be modern and asymmetrical to communicate movement3) Activities and benefits should become the most important information4) The triangle/teepee is Wigwam’s true brand essence.

Design
After developing dozens of prototypes, two were eventually refined into versions suitable for thorough quantitative and qualitative consumer testing, with one emerging as the clear winner. The new design features a sleeve with angled edges, visually reinforcing speed and performance. Each product face contains a large teepee graphic comprised of activity-focused words in bright colors. Only the most essential information appears on the face, helping consumers easily distinguish between styles. The package backs were revamped as well, eschewing information that does not instantly communicate the performance benefits and Wigwam’s patented technologies. A QR code takes smartphone-enabled consumers directly to a web-page with more product information.

Success
Before even hitting the shelves, our design won a 2012 American Package Design Award. It’s also performing well among athletes during market testing. At a recent international sales meeting, the unveiling was met with a standing ovation, as these changes were described as being exactly what was needed to compete. At an outdoor retailer show, the brand experienced an unprecedented buzz among all attendees. Wigwam has already incorporated the new branding into many of their promotional efforts, including their sales catalog, retail stands, signs and collateral at races and trade shows, and their traveling van. Look for the new packaging this spring at REI, Paragon, Dicks and other high-end performance stores! 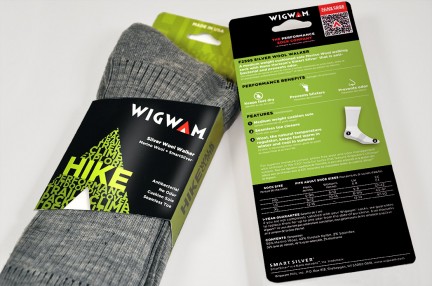 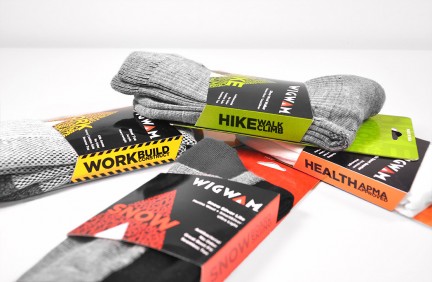 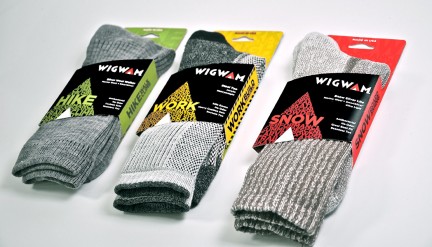 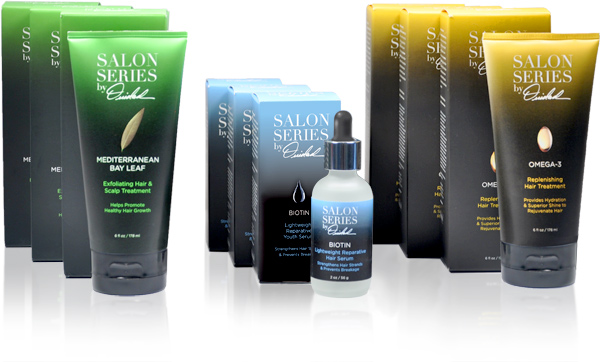 Made by MSLK: Salon Series by Ouidad Hits the Sephora Shelves

When curly-hair experts Ouidad needed a fresh approach for a new line of signature hair treatments, MSLK was called in to…
Read More 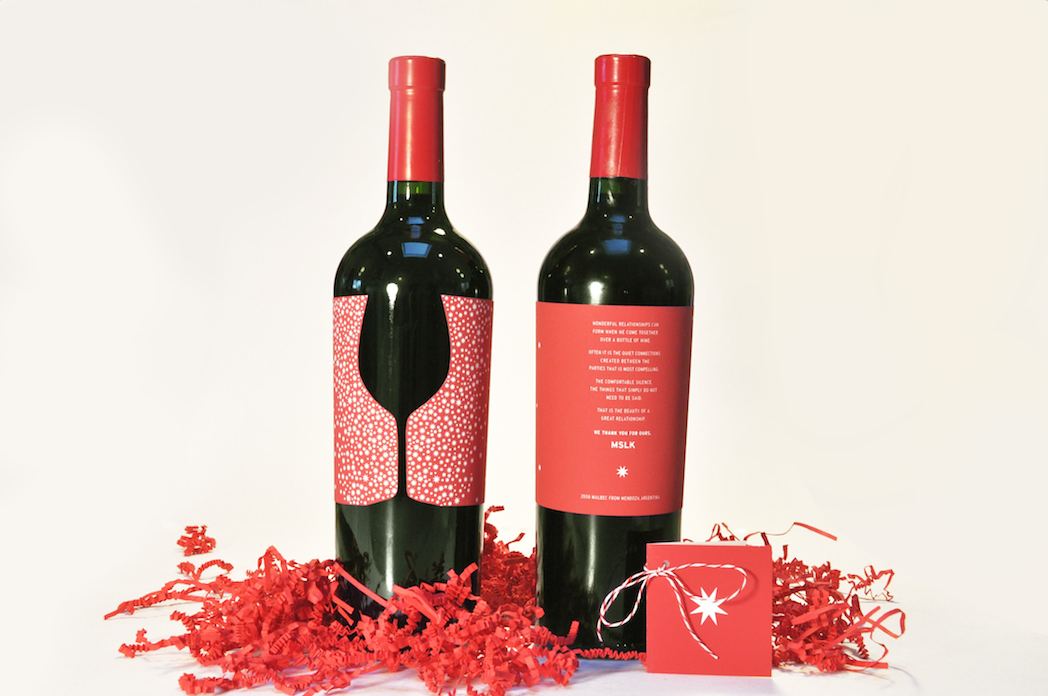 Challenges Every year MSLK seeks to create a useful and well-designed client gift to illustrate our passion for design. In…
Read More