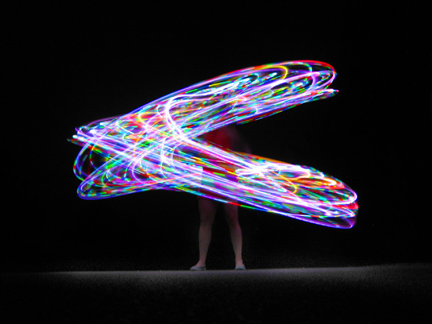 While I am more comfortable being a spectator throughout much of life’s activities, Sheri dives head-first into whatever interests her. And if she doesn’t know how to do something, she learns. Case in point: hula-hooping, her new obsession. Over the past few months she has been taking a hooping class with other like-minded adults (yes, it’s no longer just a fad for the pre-millennial set) at a Y in the east village. Her extra-curricular endeavor has now become entertainment for all, as she now entertains friends after dinner, and has even taken to encouraging everyone in the studio to give a whirl from an ever-growing arsenal of customized, multi-colored hoops of varying diameters.There’s one hoop which stands out from the rest: her LED-infused “PSIhoop” which is a spectacle to behold…Stefan, her incredibly spry, energetic, and slightly manic hooping instructor marveled at Sheri’s hoop. Being a hoop-maker himself, Stefan noted her hoop was particularly well-made. Sheri had discovered this brand online and contacted them about how she could customize one to her own specifications. The result is a somewhat interesting hoop by day, and an incredible visual spectacle by night.(Here is our friend Pounce guarding the hoop by the day. Both he and the PSI hoop need to rest up during the day to make sure that they have plenty of energy for night.) 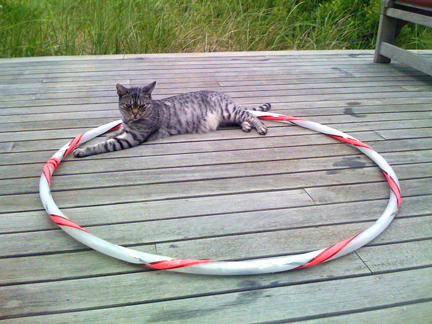 Set against a dark sky, the pastel-toned lights within the hoop come to life in a vivid display of colors when in motion — as trippy as that sounds… it’s true. I think there’s a very technical explanation as to how and why this occurs (cycles per second… pheromones, greek gods…), although the PSIhoop website had a description which was way too hippy-dippy for me to read. Nonetheless, I am glad it exists, and even more pleased that Sheri has become so adept. I have taken to using our point & shoot digital camera to document her hooping in our patio at night, and at a recent outing at our friend’s place in the Hampton’s (where I am blissfully writing this post…ah). Using my camera’s lowest ISO setting which ensures the least noise, along with shutter speeds varying from 1.5- to 8-seconds, I am able to capture the amazingly colorful trails of her hooping. In many ways, it has become less a record of her hooping prowess, and more like a Jackson Pollack painting-meets-spin art, using only light as my medium.Have a look below. I am quite proud how a little experiment with long exposures and a steady hand have produced a large body of work. As Sheri gains skills and adds new moves such as tossing her hoop up in the air, the pictures have taken on a even more painterly approach. Here’s some of my favorites…Early experiments in our patio prove to be erratic, and uncontrolled… yet still mesmerizing: 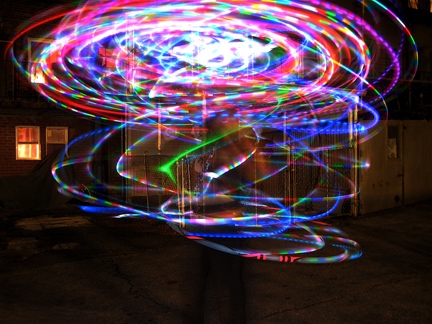 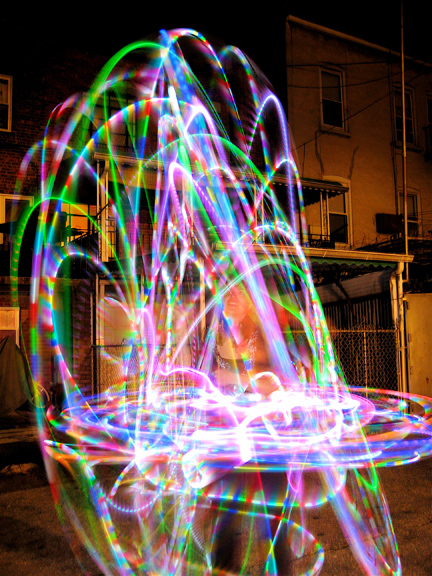 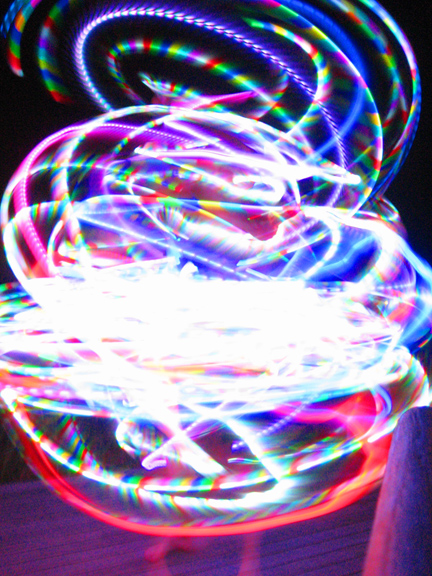 Sheri channels her inner Globetrotter as she begins to gain control… 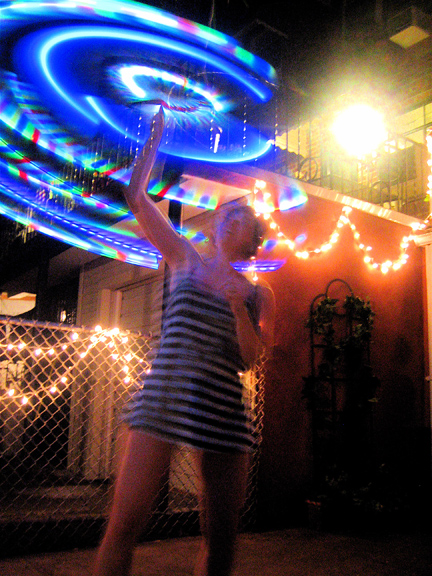 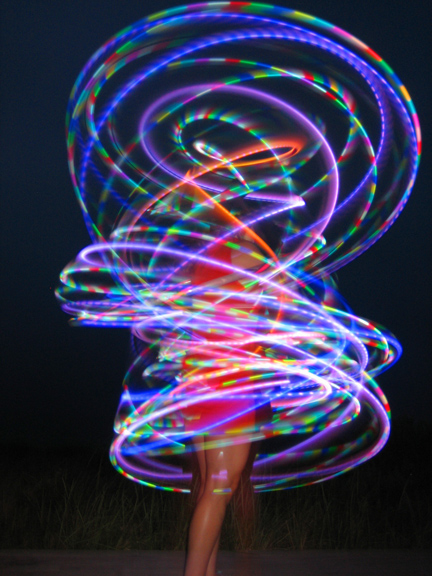 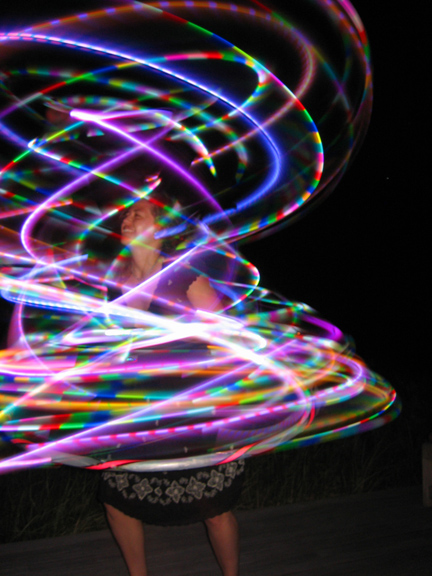 Now Sheri is able to toss the hoop high into the air, catch it, and continue hooping: 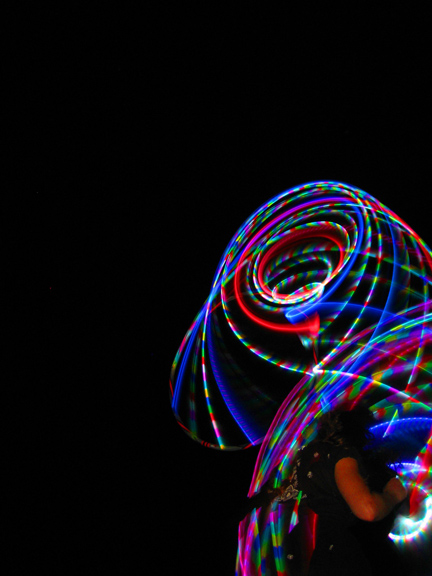 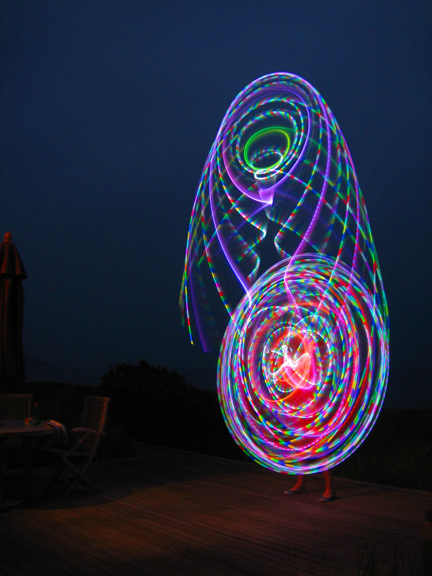 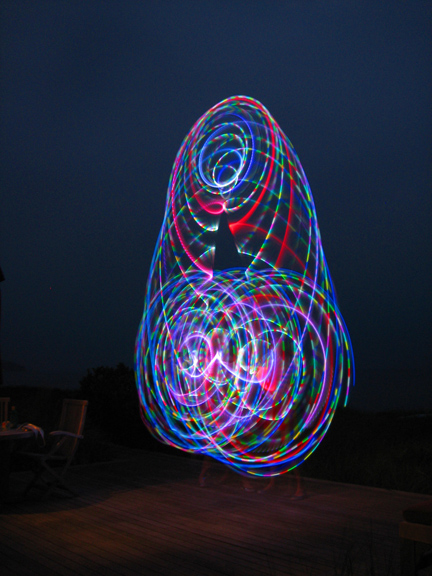 Even beginners can make great subjects, as Allison appears to have a ballerina’s tutu done-up in light: 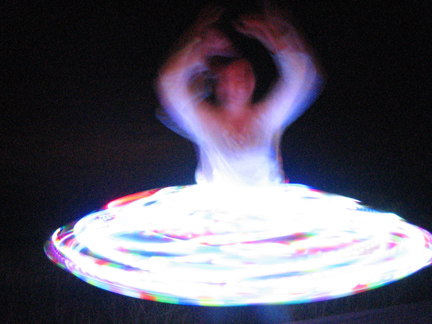 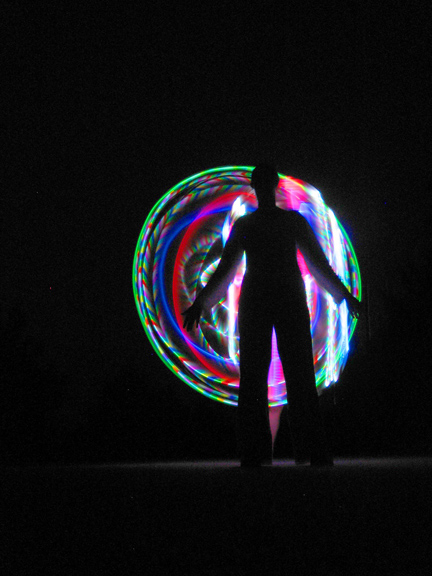 Previous Post Nastrovje! Thoughts After a Little Odessa Night Out 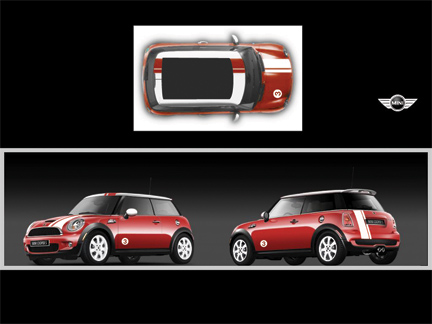 Yes, like Marc, I am also a bit Mini-obsessed, patiently awaiting our Mini’s arrival. Of course I’m only obsessed with…
Read More 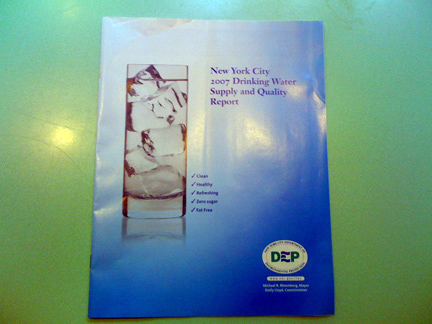 The 2007 NYC Drinking Water Supply and Quality Report arrived in our mail the other day, so I read it.…
Read More