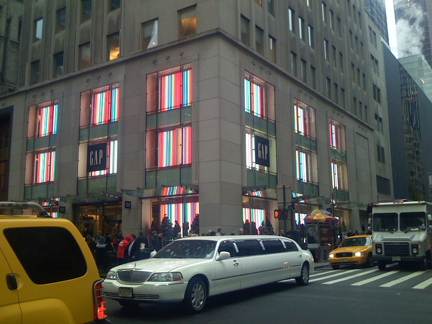 I just came back from a meeting, and 5th Avenue is up and running for the pre-Christmas bustle. I have to admit, that when I saw the flagship Gap all lit up I couldn’t help but think, I love this town! All those colored lights just made me happy. Every year the twinkle of Christmas lights brings just the spark I need to sustain the otherwise dreary and bleak cold winter months. Here’s  pics of my favorite windows and displays as I strolled down 5th. 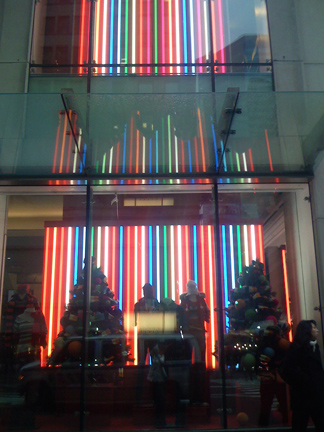 Again the Gap wins for best use of a minimalist, yet cheerful holiday reference. If MSLK had holiday window displays they would look something like this. Fluorescent tube lights covered with gels. So simple…. 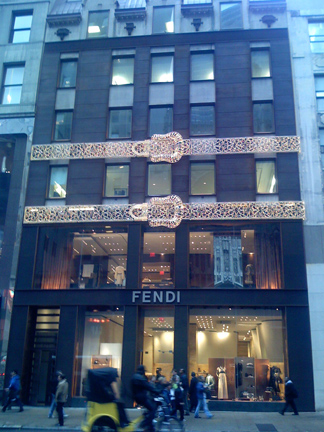 Fendi is sporting not 1 but 2 LED encrusted filigree belts. 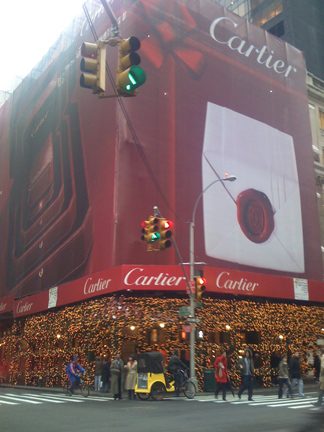 Cartier is covering up construction with a pretty clever topiary wonderland. 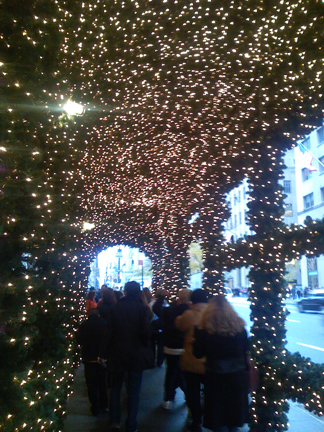 Walking through this actually feels like you’ve stepped outside of the city into a lush garden. 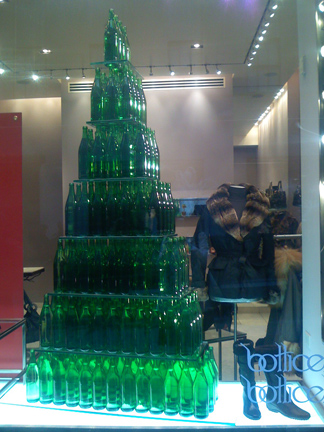 Back to simple and clever, Botticelli constructed a tree of green bottles. 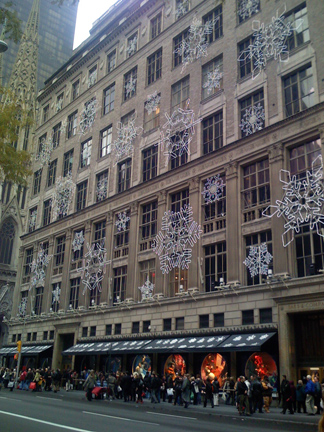 And last but not least, Saks has their snowflake extravaganza up. This can really only be captured in video, but each snowflake illuminates in choreographed sequences that are programmed to music which fills the street. I think there are also some lasers that dance across the building facade and the street.

I have a little sweet spot in my heart for the Saks windows: not only are they highly regarded as some of the best window displays in the world, but the man behind them, Tim Wisgerhof is a personal friend. Prior to becoming the Window Director at Saks, Tim attended my alma mater, Drake University, and used to work at the Des Moines Playhouse where I worked in the costume shop. Although Tim left the Playhouse just before I arrived, Tim hooked me up with apartment advice and my first job when I moved to New York. Friends from Drake are few and far between in new York, but he’s a good one to have.

You can see some of Tim’s handy work here. This year he brought the children’s book, Snowpeople, to life. 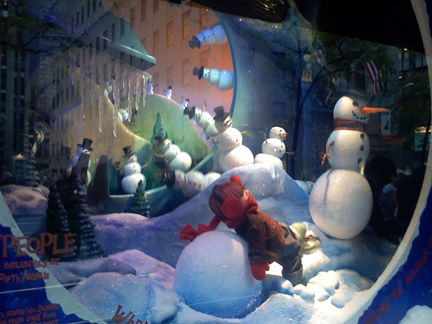 Each window has swirling snowmen in some fashion and most windows are 3D translations of the illustrations in the book. Here they are swirling around like a trippy dream, getting progressively smaller and smaller off into the distance. 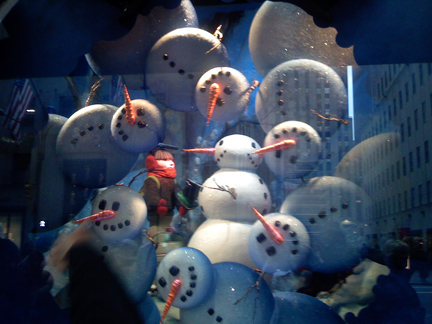 Here they swirl in and fill the window like the aperture on a camera. 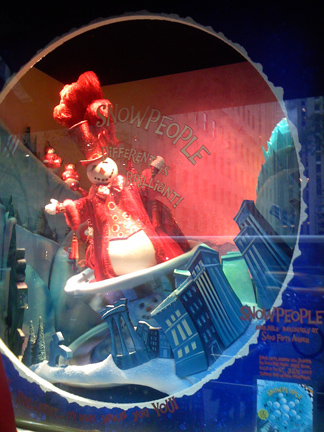 Here a group of snowpeople gyrate around on a mirrored top.

Although age has drawn my personal tastes more towards the minimal florescent tube display, the kid in me can’t help but marvel at all those moving parts and fantastically detailed vignettes into a holiday fantasy world.

How can you not love this town, there’s always something for everyone… 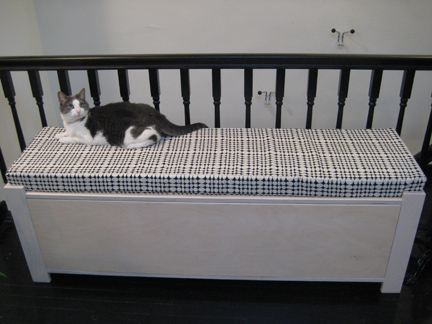 A Powder Room (for cats) 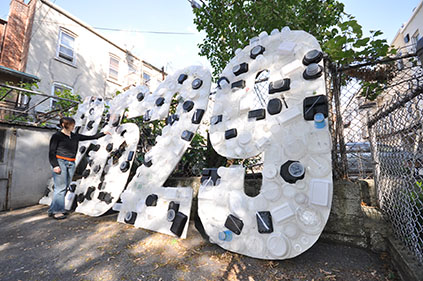 Busy. That’s one word to describe things at MSLK these days. While we have the benefit of working on many…
Read More