Behind the Scenes: MSLK’s ’08 Holiday Card 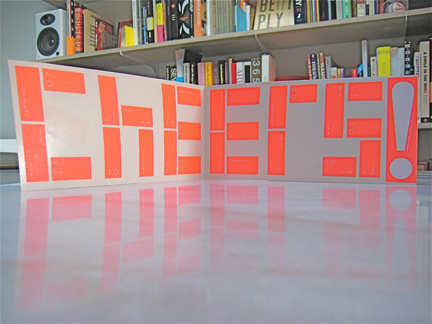 A design firm’s holiday card had better be great — “good” simply will not do. We’ve had a great track record over the past few years, and always seem to receive many compliments with each year’s mailing, with many eagerly anticipating our next one.

That’s why each year we kick-off our holiday card early with a brainstorming session in the middle of the summer. After a lot of hard work, I can proudly say that this year’s card is no exception, although it was radically altered at the last minute.

That’s right: even the best-laid plans need to be open to revision if need be. And boy, did we need it.

The following details  our design and production process.

Act I: Design Exploration
Our basic criteria for a holiday card has been the same for years. We always try and acheive the following goals:

The card:
– Must be a gift that recipients can use or reuse
– Must be universal in its holiday sentiment
– Must be easily mailed

This year’s concept: gift tag stickers arranged in such a way to spell out a very large holiday message.

It was determined that the most clever solution would be one where the message was barely visible upon receipt and then revealed only by the act of consuming the card and removing the tags over time.

You can see the original sketch below: “Gift tags you can punch-out. The part left behind is ‘cool’ and memorable.” 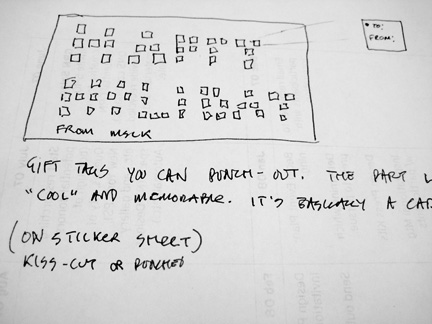 Then more refinement, where investigated a number of formats to best suit the message “Happy Holidays”: 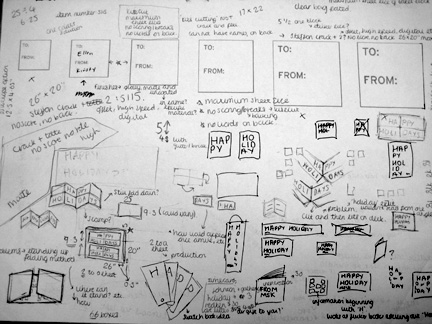 Along the way, we ended-up designing a typeface based on a grid of squares. Each square represented a gift tag. We explored a number of formats: 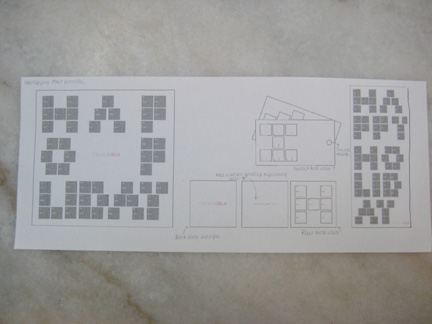 Various prototypes were made to determine the best relationship of number of folds vs. the size of the tags — and then getting them to land in areas where there was no fold (no one wants creased gift tags). 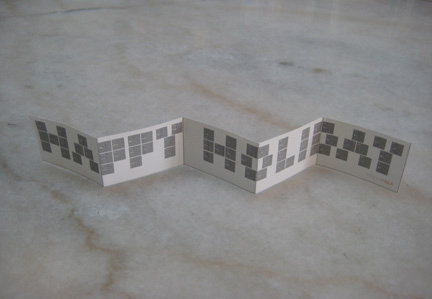 Act II: Design Refinement
Once we had a good sense of how the design was shaping-up, we called on the good folks at MPress to give their input. We knew we wanted to work with them, and they helped us streamline the design to make it more economical to produce. One of the biggest challenges was how to reduce the number of tags. Since each tag was a custom die, making the words “HAPPY HOLIDAYS” would involve almost 60 individual dies.

We ended up changing the message to “CHEERS” which greatly reduced the number of dies, as well as allowed for larger tags.

Our whole concept depended on a special stamping process called kiss-cutting which allows only one layer of an adhesive sheet to be cut. (You see this all the time with kids stickers.) While quite common, it requires quite a lot of precision.

You can see in this example the lines where the top sheet has been cut: 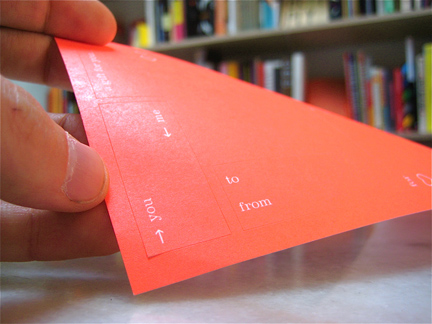 This allows you to peel away the sticker, leaving behind the wax backing, which is always white: 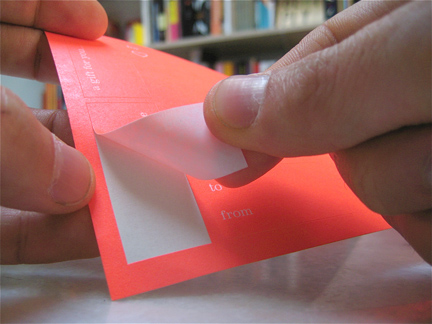 The idea was to capitalize on the contrast between the printed sticker and the white backing to reveal a message. Only after the recipient used all of them would they see the hidden message. Here’s a “time-lapsed” example of how it should have worked:

Act III: Production Challenge
We had MPress go ahead and print the label stock, and waited for the die cutter to do his part.  What ended up happening was that the kiss-cutting was so thin and precise, no one could see the that these were tags at all — let alone notice “CHEERS!” We needed a plan.

Act IV: Resolution
The solution to our dilemma was actually offered up by the die cutter, who took a sample and peeled off not the stickers — but the part meant to be left behind, instead. (This is called “stripping.”).

None of us had ever considered this technique, and it was an 11th hour stroke of genius.

The top example shows the original plan, the bottom is the stripped ones: 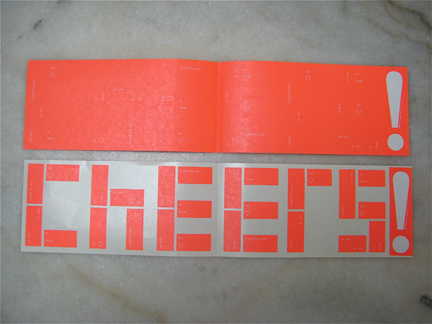 This solved the main issue quite well, although it was no longer a riddle. Sheri was slowest to warm up to the idea, referring to it jokingly as “the American Dream” in that it’s all about instant gratification. 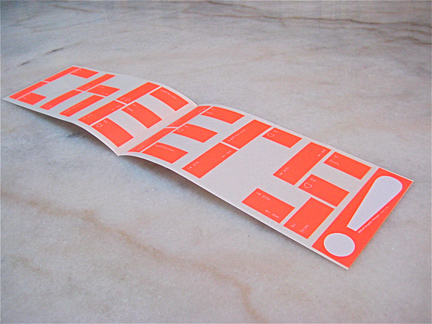 But a giant “CHEERS!” greeting you as a holiday card is hardly a bad thing, is it? Especially when you then realize that they’re gift tags, too.

Some people may reticent to use actually them, opting to keep the card intact. To you folks, I say “bah-humbug!” This season — more than ever — it’s time to spread some holiday “CHEER!” 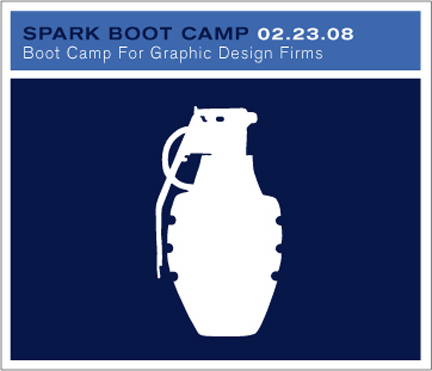 Preaching What I Practice 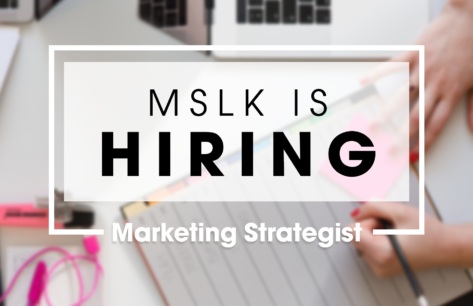