The Guggenheim Museum Is On Fire 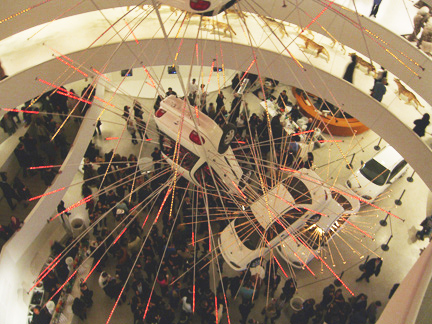 Last Friday I went to the opening event of the exhibit “Cai Guo-Qiang: I Want to Believe” at the Guggenheim Museum. Cai Guo-Qiang is an internationally known Chinese installation and pyrotechnic artist. The retrospective of his work is one of the most action-packed and mind-blowing exhibits I’ve ever been to. Run, don’t walk to the Guggenheim Museum — this exhibit is a must see!
Cai Guo-Qiang is best known for his works using gunpowder and for overseeing the opening and closing ceremonies at the 2008 Olympics in Beijing. 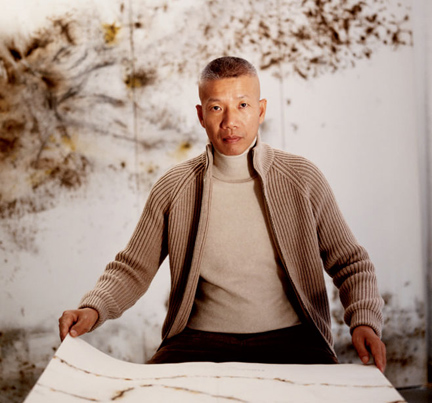 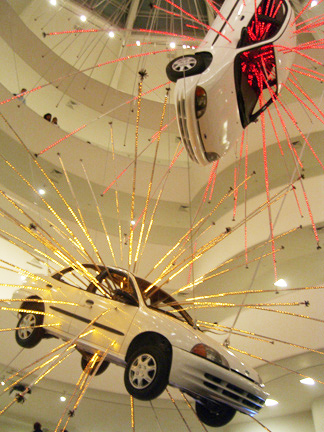 My favorite piece is the installation made out of 99 life-size wolf sculptures streaming toward the ceiling and crashing into a glass wall. Nature running amok? Animals fleeing from an invisible enemy? The glass wall symbolizes the Berlin Wall. 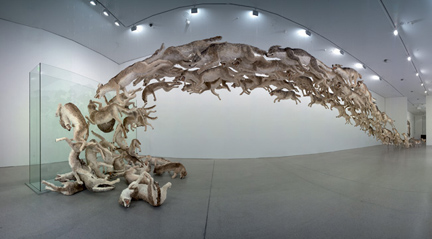 Visitors experience the sheer number of realistic and life-like wolves by walking beneath or amongst them.

Cai Guo-Qiang’s work is both political and poetic. The explosive imagery he creates is visually stunning and his concepts are fascinating and thought-provoking. Make sure you have enough time to experience the exhibit when you go; there is a lot to see and read.

The multidisciplinary trend spotting group, Trendincite Xchange, will be making a visit to MSLK’s studios this evening for a presentation…
Read More 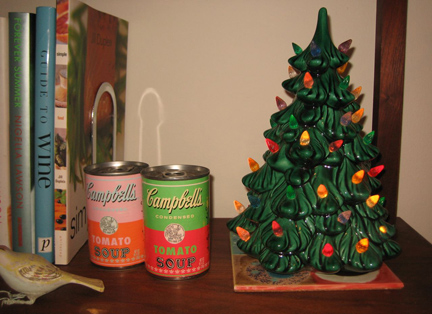 How Do You Deck The Halls?