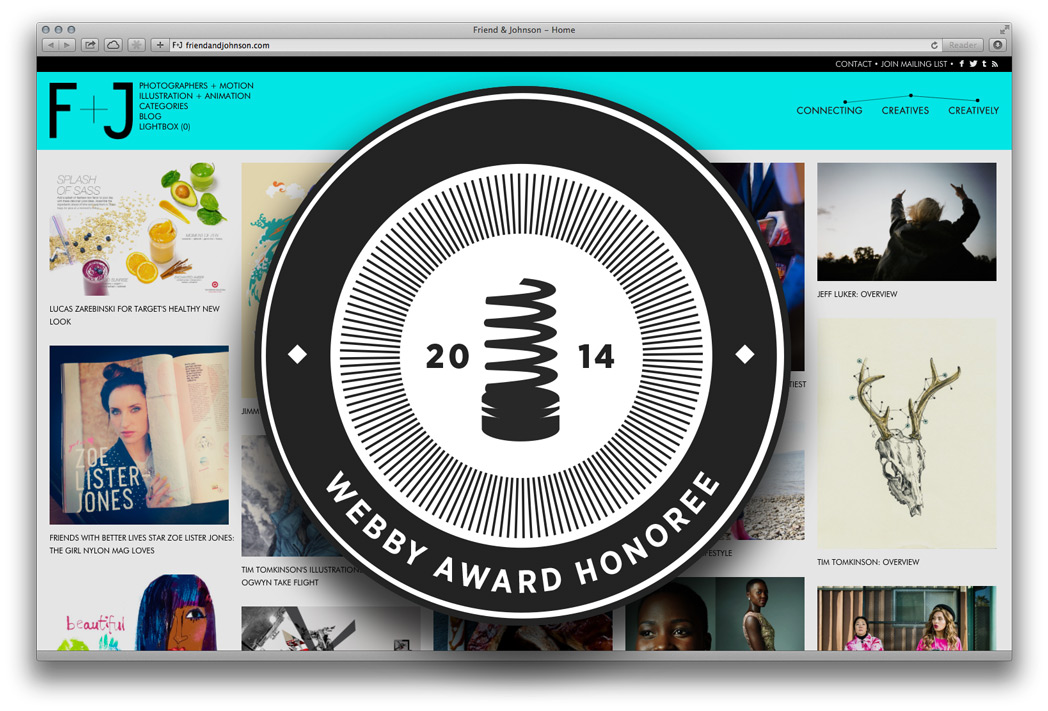 MSLK’s iconic branding and design for Friend + Johnson’s website uses the latest technology and trends — with a fluid layout which adapts to devices at all sizes, as well as lightbox and social sharing integration.

“Honorees like MSLK are setting the standard for innovation and creativity on the Internet,” said David-Michel Davies, Executive Director of The Webby Awards. “It is an incredible achievement to be selected among the best from the 12,000 entries we received this year.”

“We took everything we’ve learned over the past 16 years designing award-winning, user-focused portfolio sites and applied it to the Friend + Johnson website,” said Marc S Levitt, Partner and Creative Director of MSLK.  “It was a careful balancing act, combining two goals which are often in opposition: having the largest imagery possible, while also keeping the F+J brand prominent so that it is top-of-mind amongst the world’s most discerning art buyers and art directors. I believe we succeeded in doing that, as well as creating a site that is very easy to navigate. We were also very excited to partner with the development team, Lookbooks, making the most of their amazing technology platform.”

The website features a Pinterest-style home page showing a wide variety of new portfolio images and news items relating to Friend + Johnson’s exciting roster of talent. Individual artist pages feature large imagery with easy-to-navigate thumbnails available only one click away at any time. A frequently updated blog keeps an actively engaged audience informed of all agency and artists news and achievements.

The 18th Annual Webby Awards received 12,000 entries from over 60 countries and all 50 states. Out of all the 12,000 entries submitted, fewer than 15% received this honor and were deemed an Official Honoree.

About MSLK
MSLK is an NYC-based design and marketing agency specializing in 360° solutions for clients in the creative services, fashion, and beauty industries.

About The Webby Awards:
Hailed as the “Internet’s highest honor” by The New York Times, The Webby Awards is the leading international award honoring excellence on the Internet, including Websites, Interactive Advertising & Media, Online Film & Video, Mobile & Apps, and Social. Established in 1996, The Webby Awards received nearly 12,000 entries from all 50 states and over 60 countries worldwide this year. The Webby Awards is presented by the International Academy of Digital Arts and Sciences (IADAS). Sponsors and Partners of The Webby Awards include: Microsoft, Dell, Vitamin T, MailChimp, Engine Yard, Funny or Die, AdAge, Percolate, Mashable, Business Insider, Internet Week New York and Guardian News and Media. 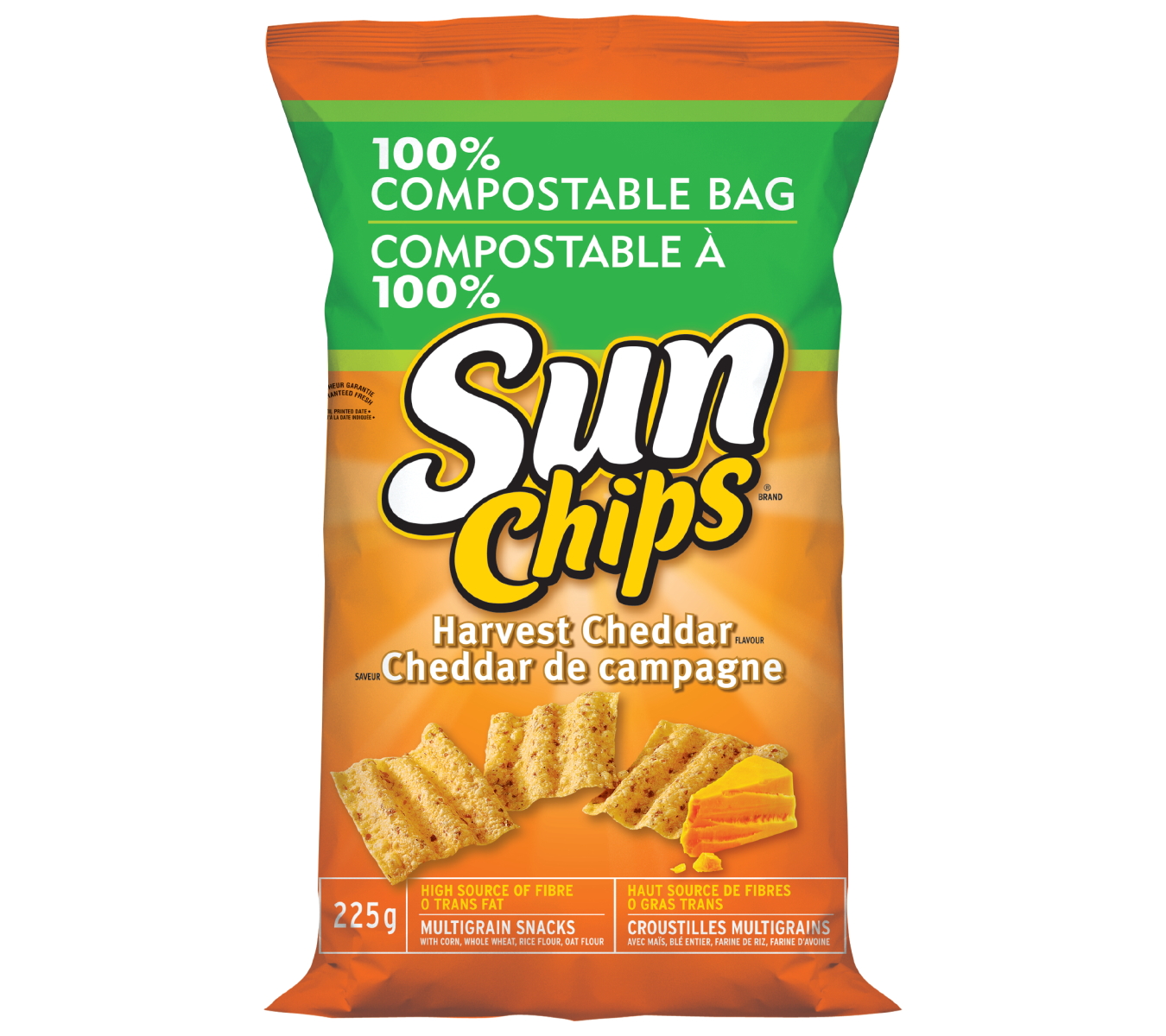 The commercial states. “If we all made a change, it could lead to some pretty amazing things… A bio-degradable bag…
Read More 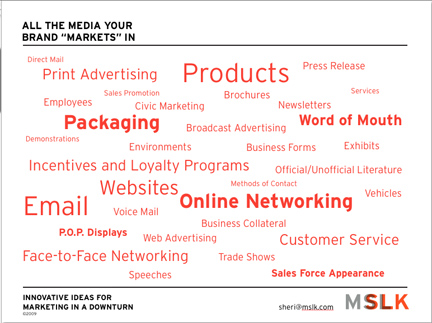 Five Principles for Innovative Marketing in a Downturn