LEDs Light Up the Future 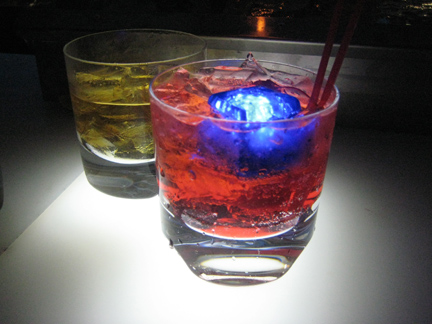 Friday night we went to the Gen Art Film Festival to see a friend’s film premier. After the film, we escorted him to the after party where I was handed the most glorious drink I’ve ever scene. I mean look at this photo…I didn’t light this, I just snapped it at the bar before I picked the drink up.

So what is behind this picture perfect moment? In short, LED’s used cleverly in two forms.

The bar is white plexi with LED lights underneath. The surface illuminated in rings everywhere you touched it or placed a glass. So when my drink was set down it was immediately spot lit from below. You can see a video of a similar bar (with a slightly different interface) here.

The glowing blue ice cube in my drink is actually an advertisement, for Acura, one of the corporate sponsors of the Gen Art Festival. The cube has two connectors on the bottom that create a closed curcuit and illuminate an LED inside when it is immersed in liquid. Just as I took my last sip, the light went out.

Although I originally assumed that the ice cube was promoting the complimentary vodka inside my drink, I’ll skip my usual rant about misplaced promotions and for once just go with it. I’m happy that Acura is sponsoring great festivals like Gen Art and in truth what else were they going to do to get my attention?

Kuddos to all the visionaries behind this beautiful beverage. Bottoms up! 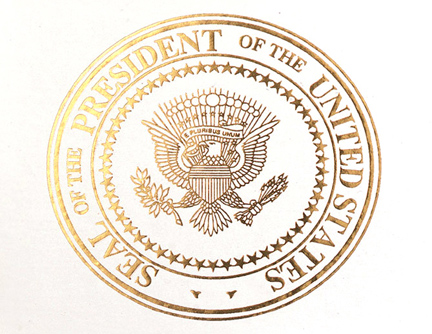 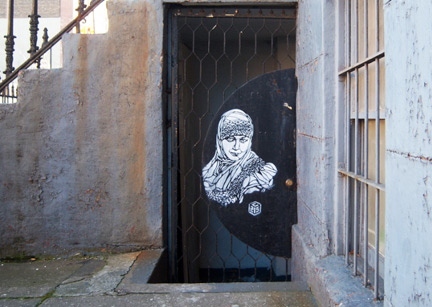 Last Thursday morning I noticed that my downstairs neighbor’s front door had a stencil on it. Our neighbor is also…
Read More