Initial Reactions to the Apple iPad: No Flash in the iPan

After most of the hype has died-down regarding the iPad, days later I still find myself having extended discussions about the latest  Willy Wonka Steve Jobs creation with just about everyone. Being the tech-loving geek that I am, everyone has been asking for my thoughts about what the impact will be… on technology, on media, and on Apple. I  do not think that this warranted all the media attention and speculation devoted to something not due until April, but it’s captured everyone’s attention. So here are my thoughts…

Many have already written in-depth thoughts and speculation, despite the fact that no one has tried it yet. Will it be the Kindle Killer? Schoolboy Staple? Print Media Prophet (or profit)? Or simply a gargantuan iPhone without the phone?

I will not even get into the choice of iPad as a name. Let’s just all agree that it’s not Apple’s finest moment in naming.

The bottom line is that it’s too early to tell until we actually get real people reviewing this. What I am focused on is Apple’s claim that this device “is the ultimate web browsing experience” and that this is “what the Internet was made for.” I believe these were actual quotes.

If this is the ultimate web browsing experience, we have a big problem here. Namely, that Flash is not supported. This detail was immediately picked up by the eagle-eyed blogerati who noticed that there were graphics missing from the front page of the New York Times during the presentation. Being that the iPad is essentially a large iPhone, this is not too wild a speculation. The iPhone does not support Flash, either. Ask anyone who owns one.

So what’s the big deal about Flash, anyway?

Apple has made a conscious decision that the future of the Internet will not include Flash. Even if you’re not technically inclined, I can assure you that you would be affected by this. Not only is Flash a wonderfully rich technology which is embedded into many popular websites, entire sites are built using Flash. I know because MSLK’s main site (www.mslk.com) is a Flash site. There was no other way to get rich, smooth action, and extensive control over the design. We knew at the time that iPhones would not display our site, and decided that was okay. No one should be considering a design firm while looking at their phone. While the iPhone is a very capable device — able to surf the web, get email, and download music — no one I know has cut the cord on an actual computer as a result.

The iPad has the potential to replace a computer for certain people. If this is the case, and Apple does not address the Flash issue, then the “ultimate web browsing experience” will be severely limited. I’ve read that there are nefarious reasons behind Apple’s omission, having to do more with greed than technology. We may not ever know.

Apple has such a tiny market share of the PC market, what kind of impact could they possibly have?
Before you write off the Cupertino, CA company as a toy for the rich, consider a few things:

– The iPhone has been a game-changer. It’s completely influenced every single mobile manufacturer. They have knocked former king of cell phone Nokia off the top, and likely down for the count. Every new phone that comes out needs to prove its worth against the iPhone.

– The iMac, when it debuted a decade ago, did away with the floppy disk. People freaked out, wondering how they would survive. Apple killed it, and everyone adapted, and we’ve never looked back

– USBs became the new default based purely on Apple’s decision to switch to it on the iMac. Remember when everything looked like an iMac? From external drives — to toothbrushes. If you wanted to sell anything in the early 00’s, you needed to look like an iMac. If you plugged into a computer, you needed to be USB. Again, Apple made the decision, and we all are still using USB for nearly everything that plugs into any computer.

– Apple pioneered compressed digital music format (MP3 and AAC) making it nearly ubiquitous. iTunes was quite popular before the first iPod rolled off the assembly line. This, in turn, changed the way we consume media.

– The iTunes Music Store totally transformed (well, let’s be honest: killed) the entire music industry. Anyone who still thinks this Apple is merely a computer company should know that they dropped “Computer” from their name back in 2007.

These are just quick examples. (There are many more, yet if you’re a staunch Apple-hater, we’ll have to duke it out in the comments section below… I fully accept your challenge!).

My point is, like it or not, Apple can make or break a technology as it suits them. Few can match their immense influence with innovation, marketing, and, of course, hype.

Bottom line
I’m still quite fixated on this Flash issue. I think it’s going to frustrate more people than Apple is willing to consider. Millions of sites use Flash. Sure, there are the designers out there like me who can’t stand to see their dynamically rich, fluid online experiences turn into sad, static blue lego shapes — the digital equivalent of a broken pane of glass on a nice home.

Yet it’s the end-user who will lose out the most. With so much video in the Flash Video format alone, there’s a huge swath of the Internet that will be inaccessible. Throw in sites like Hulu, CNN, and Disney, and you see the potential for a truncated web experience.

I’d love to hear anyone’s thoughts on the future of Flash in an Apple-dominated (or dictated) Internet. 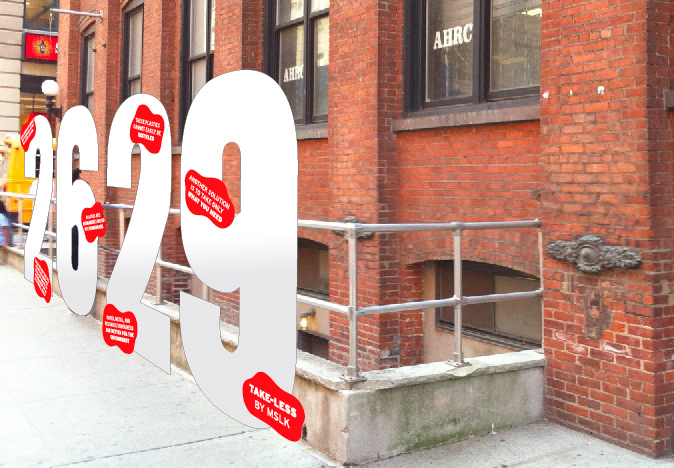 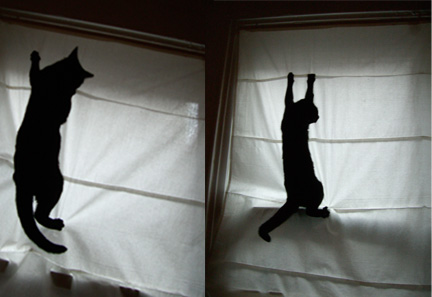 Only because we are complete cat lovers at MSLK can I post this. My cat Nochie is crazy. Apparently this…
Read More