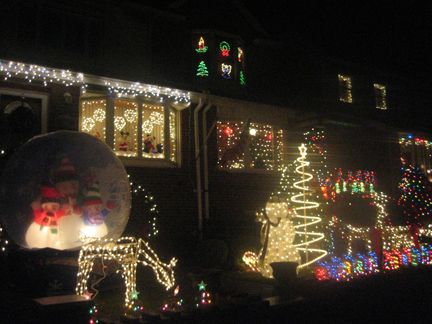 Dyker Heights is a neighborhood in south Brooklyn. I had never heard of it before, but the other night we were in the car and I googled “Christmas lights in Brooklyn” and the YouTube video above came up. Along with it came several links to NYC bus tours of this neighborhood famous for its great holiday displays. We didn’t have anything better planned to entertain my entire family (visiting for Christmas), so we decided to check it out.

For several blocks from 71st Street to 80th Street, around 11th, 12th, and 13th Avenues, the streets of Dyker Heights were literally teeming with homes decorated to the nines for the holidays. The cornerstone is the house in the video, located on 71st Street between 11th and 12th Avenue. Here, a mother who owns the house on the left, a daughter who owns the house on the right, and a son-in-law, put up this display. It is programmed to light-up in tandem with selected Christmas carols which were broadcast outside, as well as via radio for you to tune-in and listen to from your car. 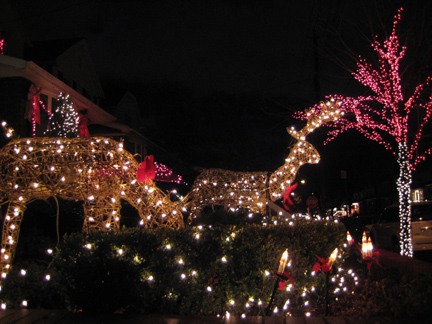 The surrounding houses in this predominantly Italian neighborhood are no slouches, either. Every yard is meticulously manicured with topiary bushes, golf-course-style grasses and stone expensive pavers. No concrete wasteland here…. 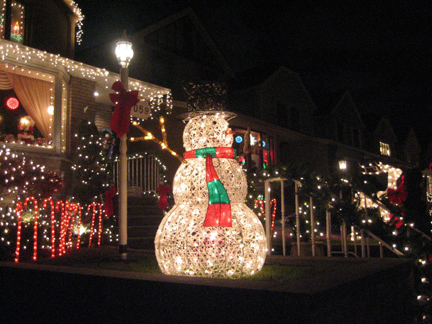 This house had an animatronic Santa Claus in the upstairs window, which can rival any department store’s display. 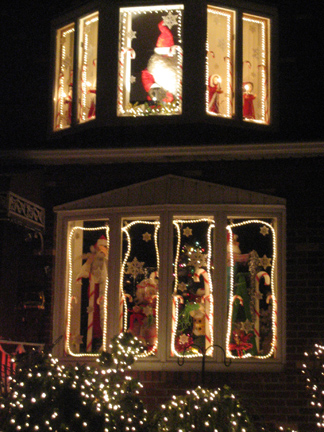 A similar type of display here, except the center of attention is an angel. 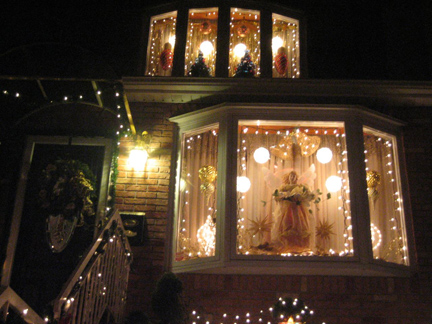 This house just felt like you were approaching the North Pole. I think the exterior might be made of gingerbread… 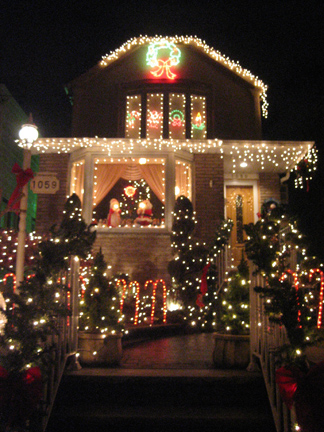 No shortage of lit deer. 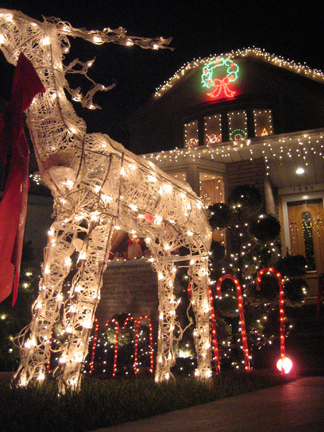 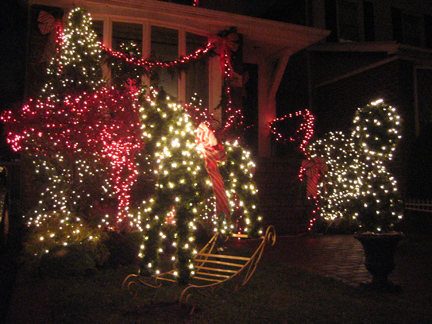 Overall, this house was a little too sweet for Marc, but with its topiary ball planters lining the sidewalk, I’m sure it is just as meticulously presented in the daytime as it was at night. 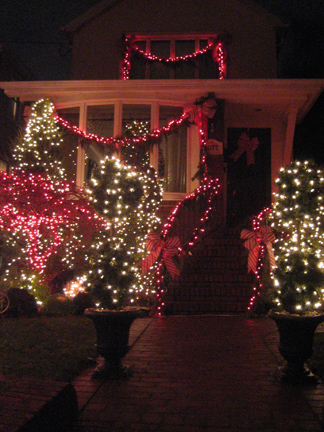 Just simple white lights, that’s all you need to make my day. 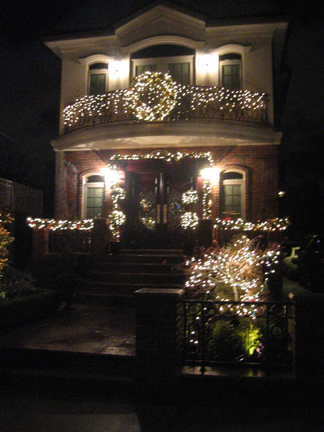 My friend, Allison and I vow to go back next year and make our own tour. We are going to walk around, and then have dinner at one of the many great Russian restaurants we’ve been dying to try in Brighton Beach, near Coney Island. We both agree that will be a perfect evening’s adventure.

Next Post Not Sure How I Feel About the New, New Museum 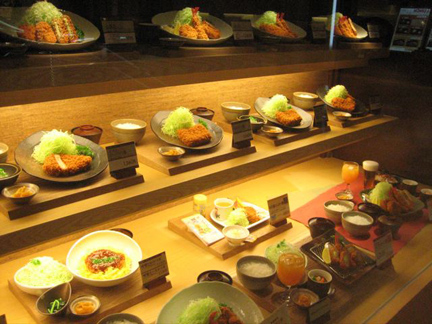 A Tour of Food in Japan 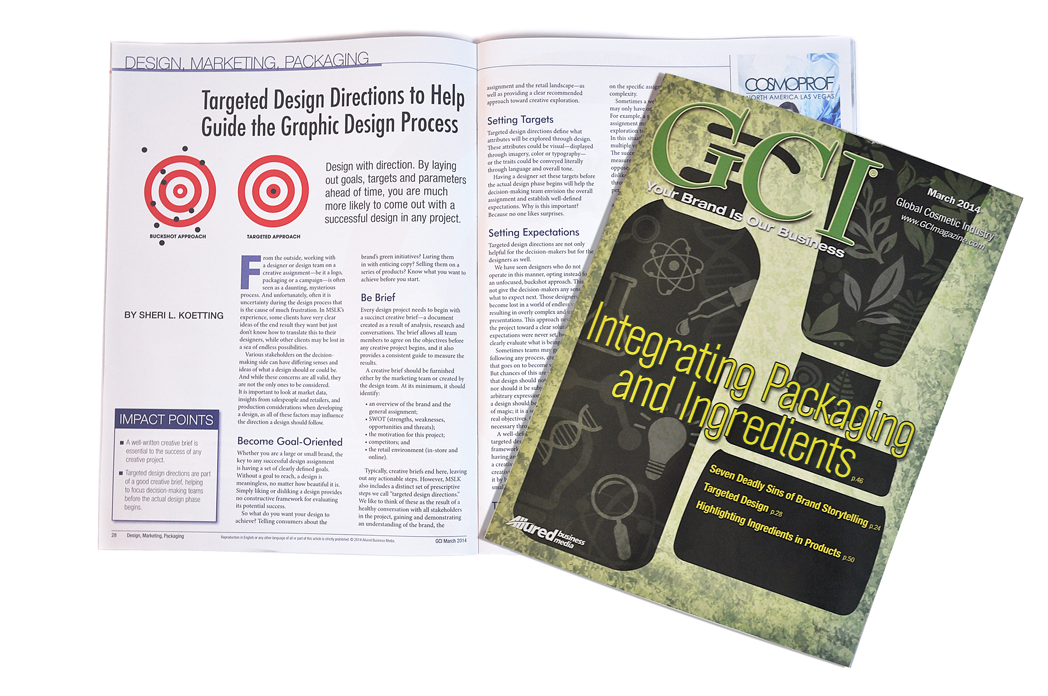