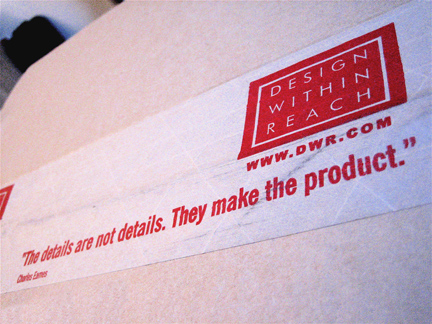 Recently we received a package from Design Within Reach which had a great quote from design master Charles Eames printed directly on the packing tape: “The details are not details. They make the product.”

It’s a quote which speaks volumes about the dedication to Eames’s craft and a rigorous, uncompromising ethos. A quote so perfectly concise, so clever, it almost seems like a myth.

If nothing else, this is certainly a quote that I can live by, one that rings true to all here at MSLK. We’re all about the details.
Yet, I’m left wondering just how quotes like these come to be so defining?

I did some research and couldn’t find the context of the quote. Was it said in passing during an interview? Did Eames submit this quote himself with knowing pride that he’d be making a grand statement with such gravitas?

I’m not too sure, but none if it takes away from the greatness of the quote, or of Eames himself.

Sheri and I admire both Charles and Ray Eames for their amazing contributions to art, design, film, and architectural accomplishments, as well as their being a true design team — in the married sense. (Above all, Sheri admires Charles for also being a St. Louis native.)

As you contemplate the new year, take a few moments to watch “Powers of Ten,” the classic short film by the Eames’. Though Google Earth might have dulled this film’s revolutionary impact, it still holds up as an extraordinary tool for understanding the vastness of the universe.

Wait until the last few minutes of the film and you’ll see a profound reason why details are not details… they’re fundamental to everything in the universe.

Previous Post Not Sure How I Feel About the New, New Museum 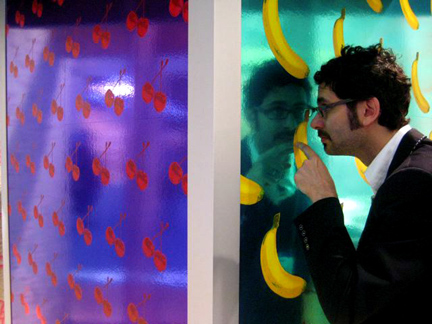 While seeing the ICFF has an annual tradition, smelling it is something new. That’s me verifying the scent of banana…
Read More 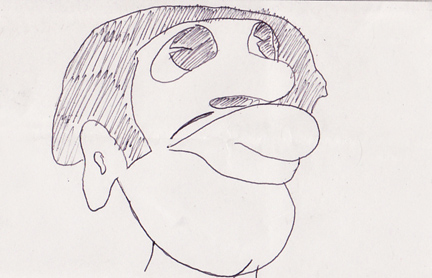 Exquisite Corpse (aka the drawing game)

For years now we have this one game that we always play on vacation. We call it a very sophisticated…
Read More