The Usefulness of Extractable Branding Units in Branding

There’s the saying “the whole is greater than the sum of the parts” which applies to much in life. However, in branding, a part can often be equal the whole — if not greater.

In the past, brands needed to do little more than be consistent with their visual presentation. That is, an organization would create a logo and then apply it to, well, just about anything: stationery, packaging, television, billboards, etc. This generally served brands well for decades. Yet, today’s audiences are far too savvy to accept messages from brands who feel content to “set it and forget” by  blasting their message out robotically, regardless of context. The most successful, dynamic, and thriving brands today have adapted to the swift changes in media (and media consumption) by creating powerful visual identities that are contextual and responsive. More often than not, they have developed identities whose parts can often act as a shorthand for the brand as a whole, allowing for maximum recognition in the widest variety of contexts.

The term “extractable branding unit,” or EBU, is a common term in the realm of consumer packaged goods, referring to any recognizable part of the larger whole brand identity. Often, this is a discernible graphic style, color, or image helping to convey brand cohesion across multiple products in a retail setting. However, we find that the concept of an EBU is very useful when referring to the entire brand, and the best place to extract from is the logo itself.

Consider the demands of a brand today: you must communicate your value to your audience not only through the platforms and media that you control (your website, print advertising, etc), but you’re often limited to only a few pixels within another brand’s presence (Facebook and Twitter avatars, shared space on online retailer’s sites, etc.) When MSLK creates a brand, we are doing so with our eyes keenly focused far ahead for elements that can be used across a variety of media. This is precisely why a one-size-fits-all approach does not work. There are simply too many sizes to try to fit into.

Example A: The Wigwam “Teepee”
When Wigwam Mills approached MSLK to redesign their packaging, we began with a competitive audit that revealed that no matter how hard they could try, they would never match the marketing budget of Nike, with their celebrity endorsements and the power of their “swoosh” logo. However, Wigwam already had something  equally as valuable which they had yet to capitalize on: transforming the “A” in Wigwam  into a teepee (which is similar in purpose to a wigwam). This EBU became an important element in their branding which we were able to leverage as powerful image as the Nike “swoosh” — most notably on their packaging. There, we were able to not only make it large, acting as a beacon in stores, but we were able to fill the teepees with activity-specific words which help consumers connect more quickly with right sock for their needs. This flexible element is equal parts shorthand of the Wigwam logo as it is the sole image on their packaging. This insight has helped give them an endlessly expandable, asset extracted from the Wigwam brand for years to come. 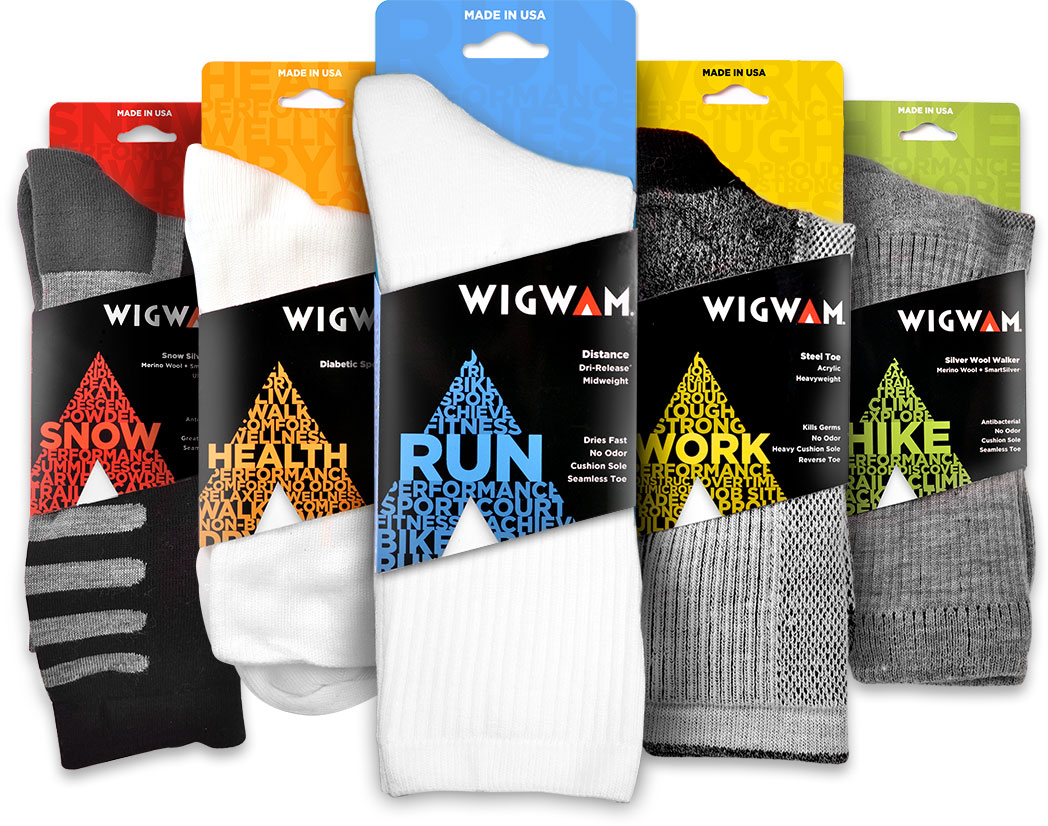 Example B: The Porto “O”
Similar to Wigwam, the two bold “Os” in Jim Porto’s “PORTO” brand allude to two eyes, or a camera lens — both important assets for a photographer. Rather than emblazon his name everywhere, we were able to keep the message simpler and embolden the look by using a single “O” as an EBU on promotional materials. This effect has kept the brand as fresh today as it did upon its launch nearly ten years ago. 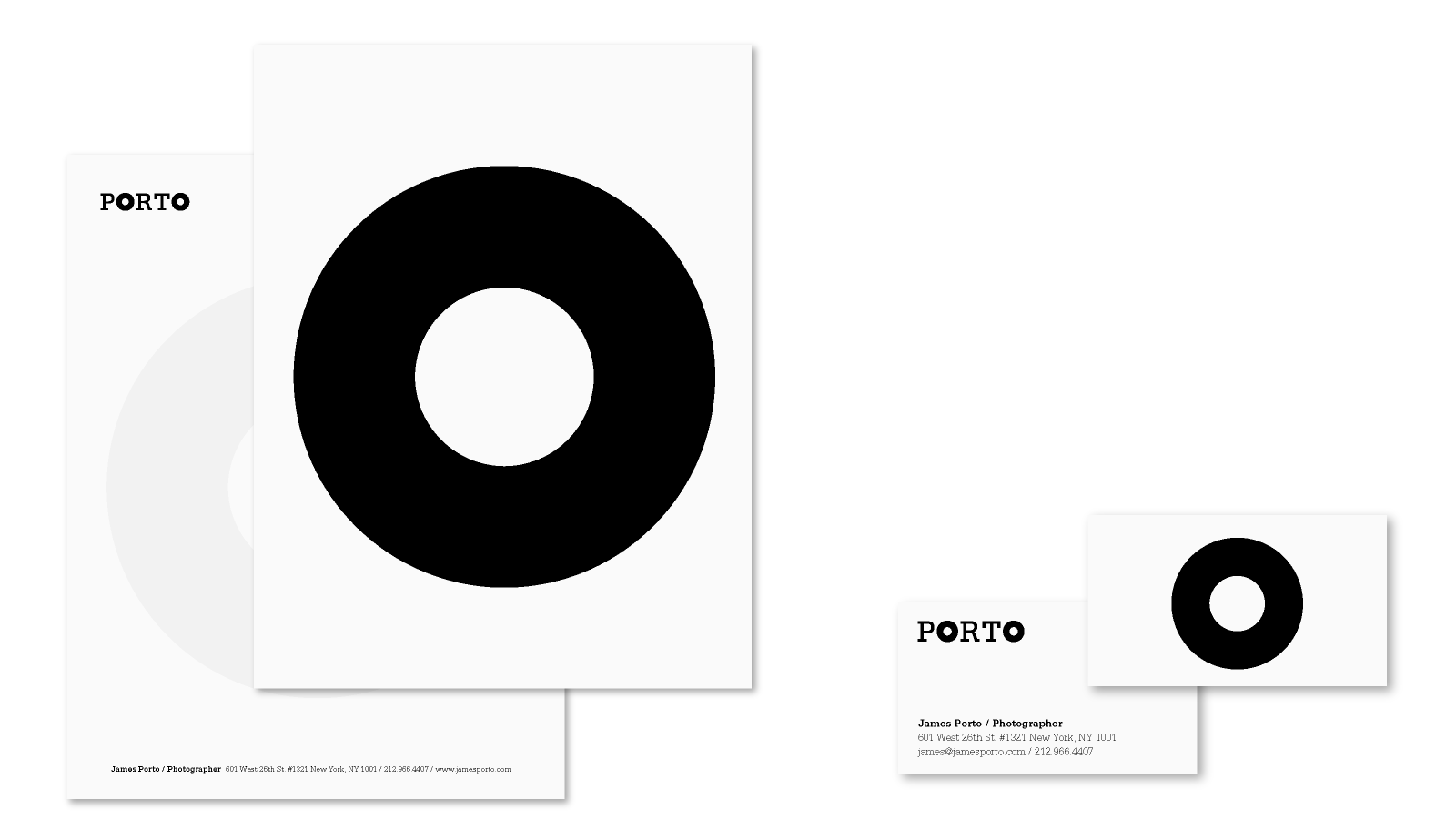 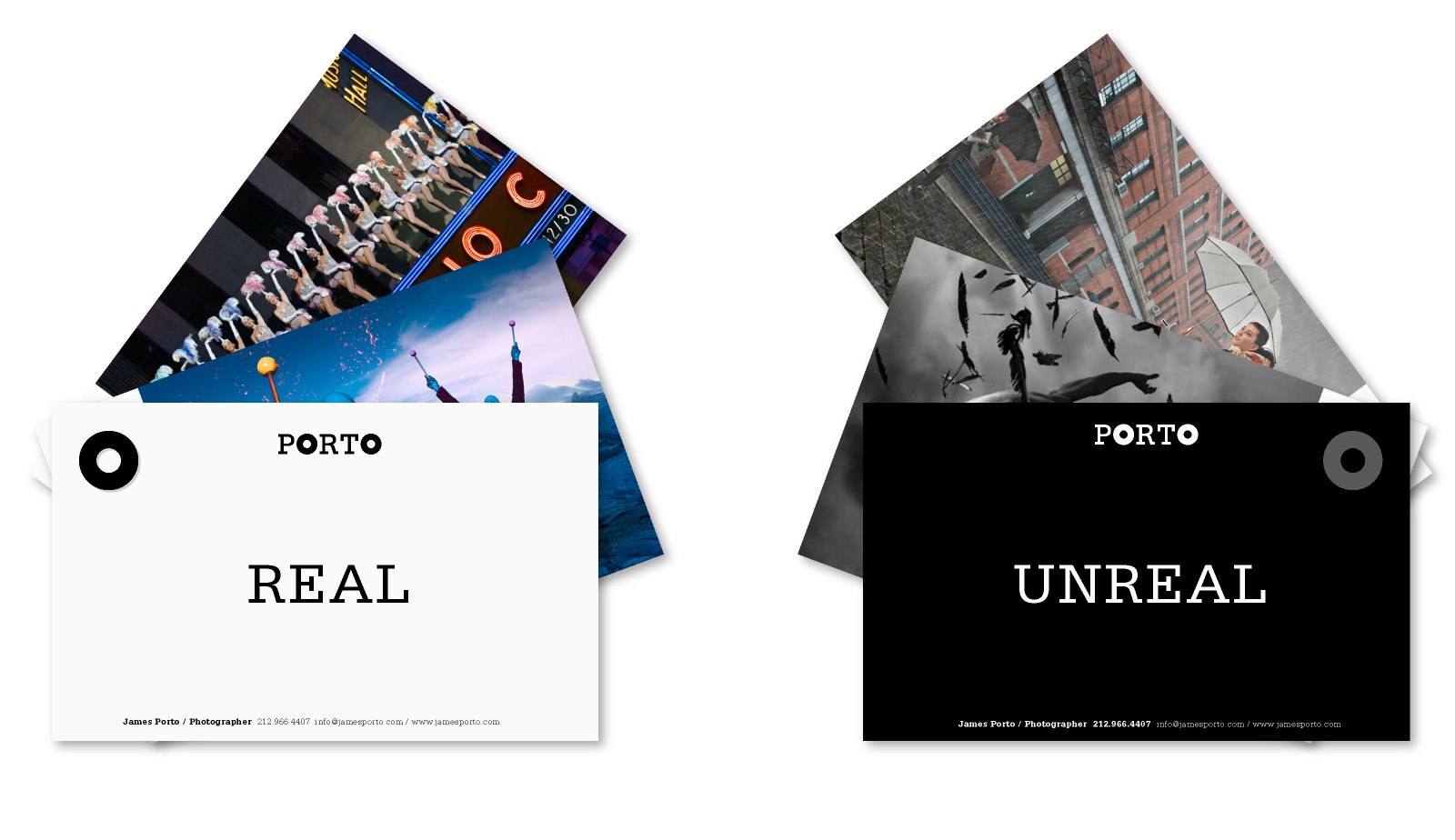 Example C: The Ford Marrin “Period”
Often, a more subtle use is warranted. For the well-established NYC-based law firm Ford Marrin, there was a need to give the brand a distinguished look & feel while not appearing frivolous or overly invested in their own brand. We developed a logotype that cleverly transformed the lowercase “i” in “Marrin” with a period at the end of the word “Ford.” The careful use of the bright orange in such a small quantity helped inject the brand with just the right amount of vitality, staying relevant amongst younger upstarts. The orange period became an important branding element which can be used alone, or as a pattern for use on a variety of material, in large phrases online,  in presentations, and on stationery. 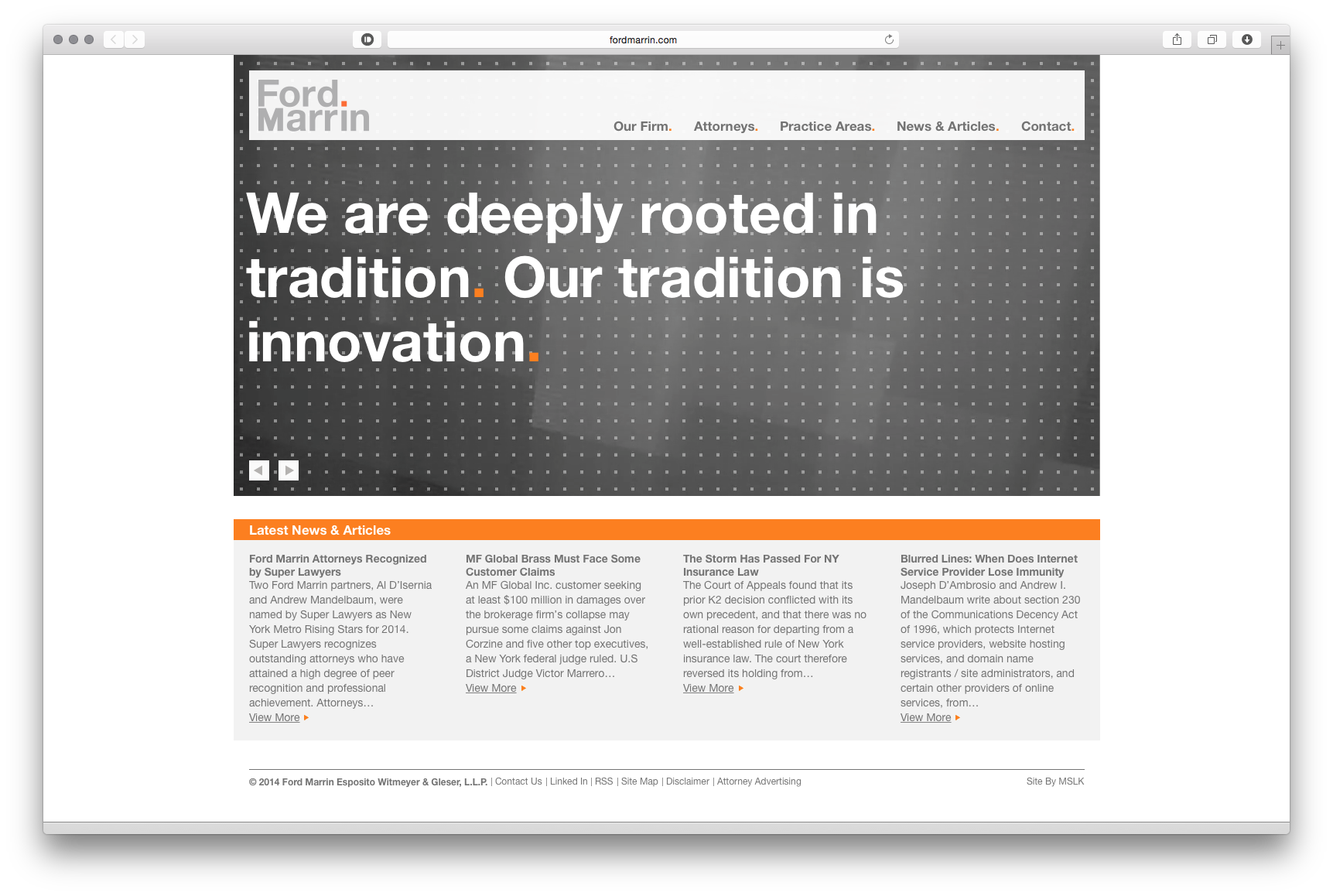 Example D: The Friends of Animals “Scratch”
Even nonprofits can enjoy the benefits of dynamic brand identities when they help further the organization’s core mission. In the case of Friends of Animals, we employed a flexible identity based around the gestural “scratching-out” of all the things the organization does not stand for. The identity itself is flexible, without any fixed logo, making this a truly modern system, allowing them to focus on a specific issue with their identity an any context . The extractable “scratch” is a  element has been used as an EBU on a variety of promotions and protest banners. Most notably, it has been used throughout their Actionline publication to emphasize important concepts. 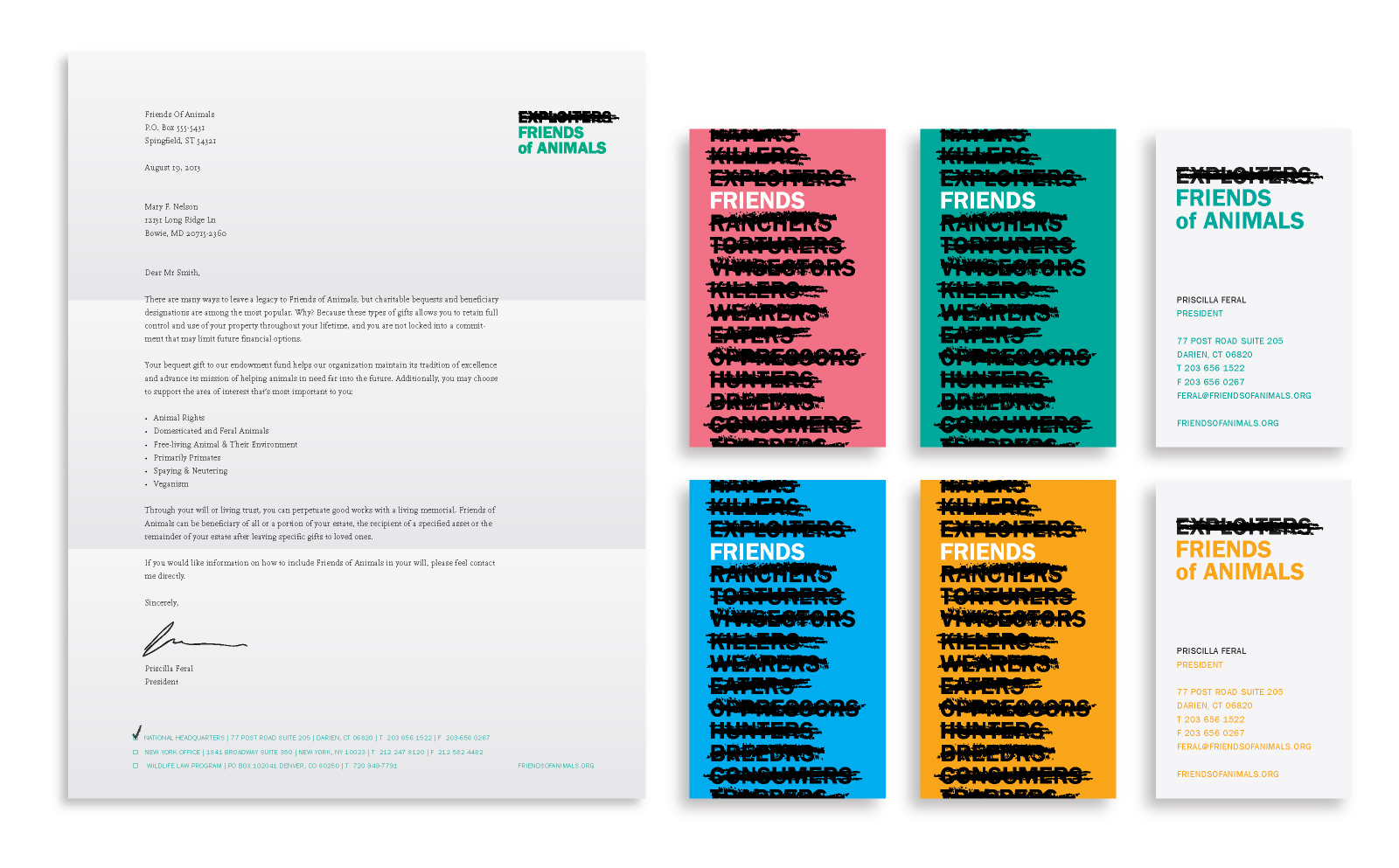 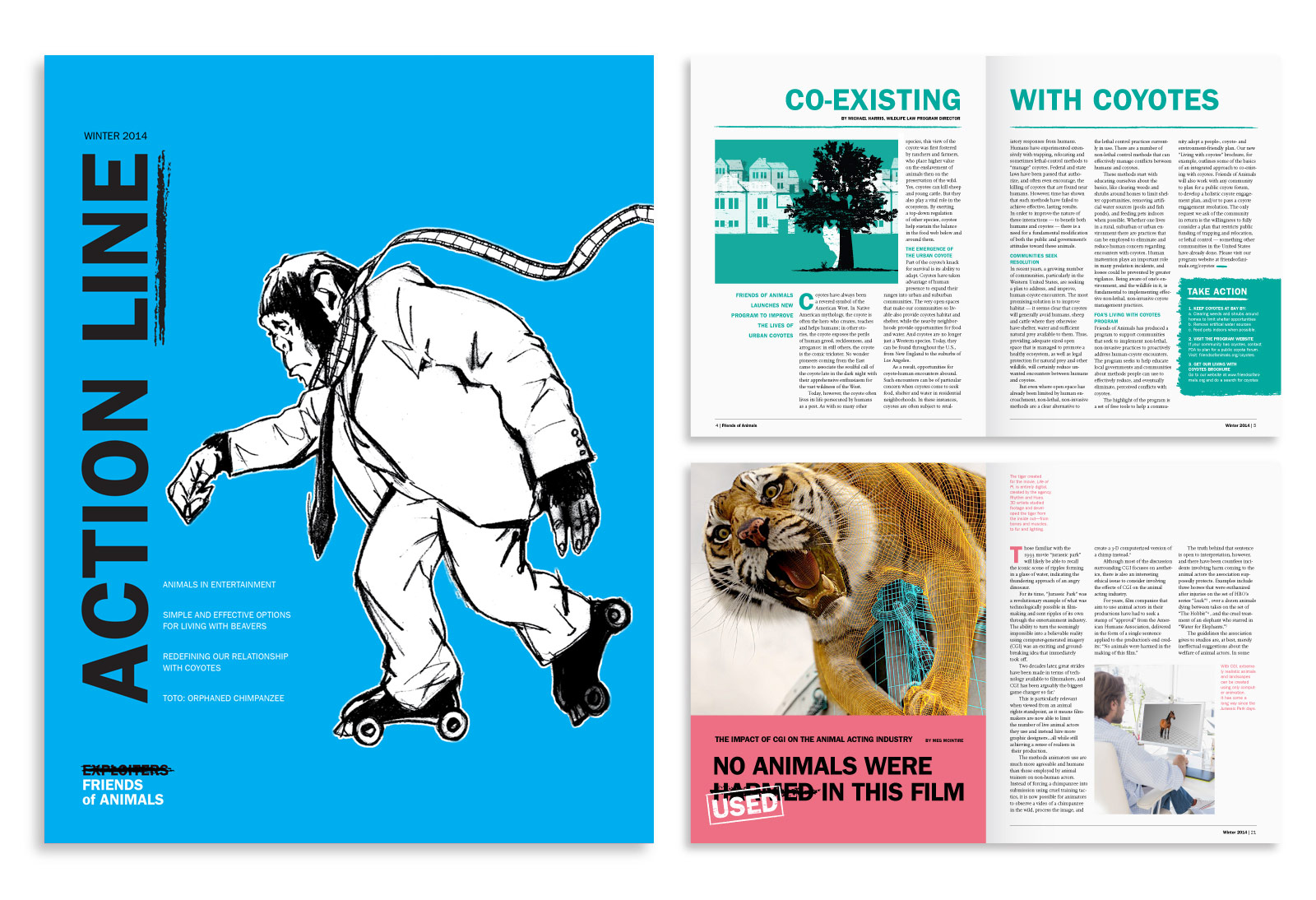 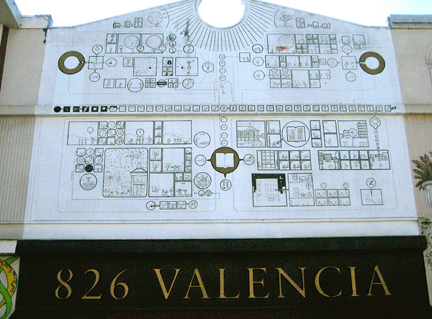 Putting the “Arrrggh” in “Store”

Regrettably, I’m not much of a reader. Still, I am a fan of the McSweeney’s catalogs edited, designed, and…
Read More 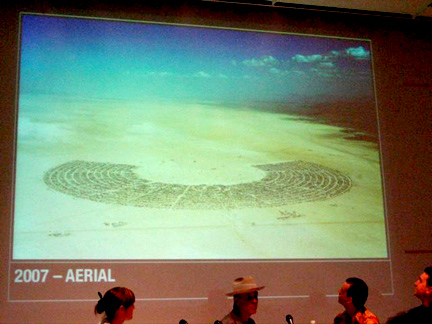 This past weekend, Sheri and I attended an interesting panel discussion about the planning of Black Rock City, the temporary…
Read More