If you haven’t yet heard, Ikea has switched their corporate font, resulting in a huge public outrage the likes of which not seen in… well, months. These days, when you change your branding, the public has new ways of uprising and letting you know that they know what’s best for your brand. Oftentimes, they’re right.

In the case of the ill-conceived Tropicana debacle, a large-scale, expensive, major change to a corporate image was the center of the controversy. All Ikea did was change the font in their catalog (allegedly to save money). So what gives?

Futuristic Font, Far From Free
The switch from Futura — a font whose rational geometry lent itself well to the rational geometry of the products carried by the Swedish manufacturer — to Verdana, a font designed for use on the web is at first glance a bad one indeed. Futura works well in print. Its letterforms are bold, and decisive, clean. It’s a venerable font whose worth has been tested throughout the decades. While countless brands have called Futura “theirs” (including Volkswagen, Absolut Vodka… even filmmaker Wes Anderson calls Futura his), there was something particulary fitting about Ikea and Futura.

However, I feel the need to defend Verdana. As a font, it’s no slouch. It has good pedigree, as it was designed by Matthew Carter, arguably one of the most accomplished type designers — living or dead. It was designed for Microsoft specifically for use on screen. For that, there’s no shame.Verdana’s worst offense might be that it was never intended to be used at large sizes… or in print at all.

What I feel happened here is that Ikea didn’t fully think about the equity of their brand’s cohesive and disciplined system, and what they were giving up when they decided to change their corporate typeface for something quite bland. This seemingly small change is in fact a large one; it’s not the same as someone changing the font in an email they’re sending. For Ikea, this is changing one element in an incredibly consistent identity. Ikea’s Futura is used everywhere — in stores, the web, ads, television commericals, etc.

Great brand identities are the results of unwavering commitment to a singular vision, as well as committing to consistency. Ikea seems to be falling into the trap of “it ain’t broke, let’s fix it.”

I found a recent NY Times article that argues these points best. 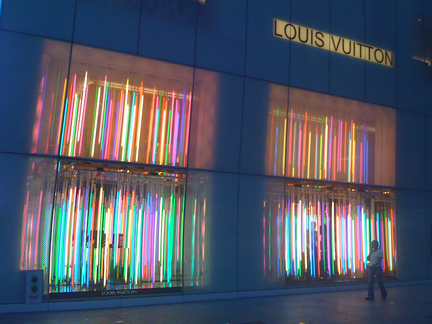 Louis Vuitton Takes it to the Next Level

I love the look of the flagship LV store on the corner of 5th Avenue and 59th Street, the white…
Read More 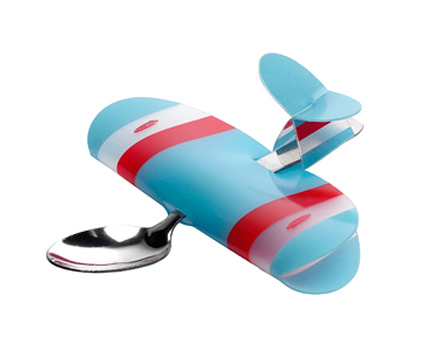 This plane spoon is a perfect solution for feeding troublesome kids. I like the concept a lot – I was…
Read More