A Pre-requisite for Tony Soporano 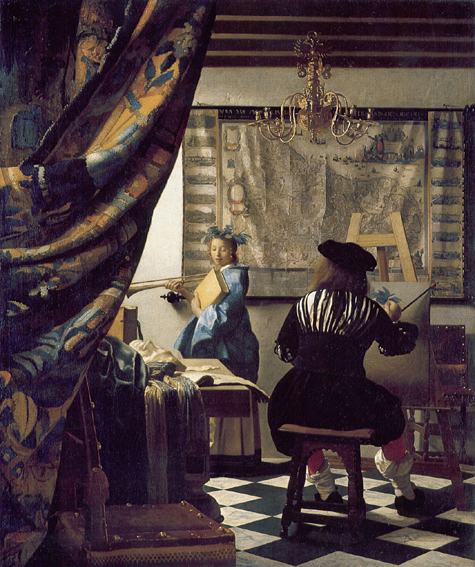 When it comes down to it, I’ve always considered myself a populist. Especially when it comes to matters of design. I just think that you need not be a designer to appreciate design. This is one of the reasons I’ve never been able to fully appreciate painting. Besides the fact that I can’t paint, there’s just too many prerequisites for me….

Last weekend Sheri and I were at my parent’s, being shown the many virtues of HDTV (we’d long been skeptics). What really grabbed me was the depth and breadth of amazingly intelligent programming. In particular, we were all gripped by an amazing documentary of Vermeer’s The Art of Painting.

Without going into specifics, what really spoke clearly to me was the many layers of subtexts that could be found in this fantastic painting. Way more than meets the eye. Nearly every square inch the canvas was dripping with symbolism. Yet, I know that without the luxury of several of the world’s most esteemed art historians graciously pointing out every historical/theological/technical/social aspect, I would have surely stopped to look at this for a moment in a musuem, shrugged, and thought “okay, nice lighting, interesting subject…next” and walked right on.

I guess I like my art like I like my Sunday brunch: over easy. At the risk of sounding totally uncultured, perhaps we could all agree that few people these days carry around the necessary cues to decode a work like this. Doing so would involve way too many pre-requisites.

Which brings me to Tony Soprano. (Full disclosure: this posting is full of prerequisites: thorough knowledge of the final episode of the Sopranos, a computer, knowledge of English, extreme patience, etc). Last night I was talking with my friend Jesse about our favorite TV shows. We were mostly in agreement on everything. However, when the subject of the Sopranos came up, I realized that this was one area that we would not be agreeing-on. He loved the finale, I hated it. Yet, after hearing a thorough explanation of all the subtle references in this scene which relate to past mobster movies, I have a completely new opinion about this episode — a much more favorable one.

Of course, there’s no denying the tremendous let-down that I still had while watching the episode, even weeks after it’d been gone. My new perspective on it is just an example how you can gain a greater appreciation for a work of art based on a deeper understanding of the (alleged) meaning of small details. But still… These are often impossible to take-in upon first viewing. Whether it’s the significance of Vermeer painting an adornment on a chandelier which crystallizes his deeply-held feelings about Catholicism, or the notion that onion rings at a Jersey diner can actually have any a significance, I guess I am questioning where I, as a creative should draw the line on prerequisites in design.

The populist in me feels that there’s no place at all: communicate clearly, don’t add in more stuff just to be clever. Yet, the purist in me hates dumbing anything down. In the end, I think both extremes lose out. Everything in moderation. 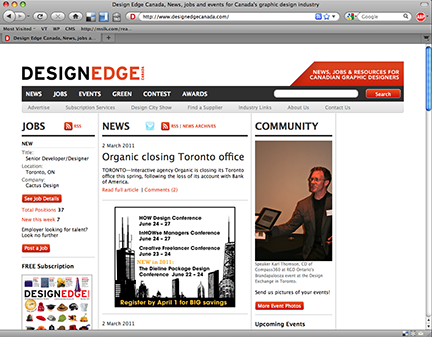 Sheri of MSLK is Interviewed About the Importance of Networking

Sheri, Co-Founder of MSLK and Spark, an organization for independent designers, is interviewed about the importance of networking. “Social Networking—In…
Read More 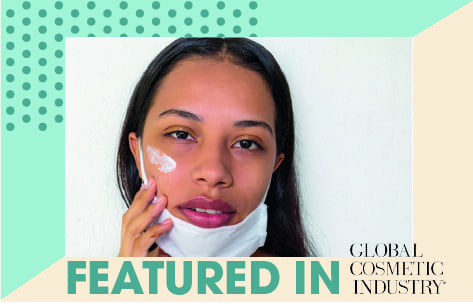 Wondering how to Navigate the New Normal?

As you are preparing your 2021 marketing strategy, you’re probably wondering what has changed in the beauty and wellness industry…
Read More