My True Calling… the iPhone 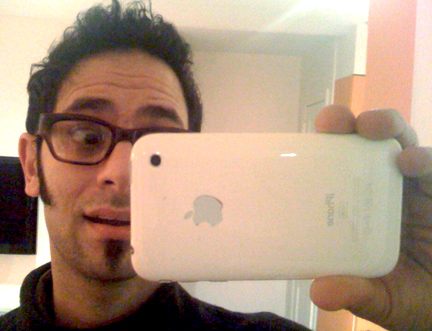 Love affairs over the phone are quite common. However, the object of my affection is a phone itself, my iPhone. Though I resisted the temptation for quite some time, a few months ago I picked one up and have yet to put it down.

All the hype surrounding this phone is well-justified, which is why I now feel compelled to shout my undying love from every rooftop. I love everything about it, from Apple’s sleek industrial design to the intuitive software. I’ve had brief affairs with cellphones in the past — even with my old Palm Pilot back in the go-go 90s — yet those were short-lived, as they never made life easier. They all came up short, and required endless hours  transferring information onto them. Instead of being liberated, I felt a slave to these things.

What works about the iPhone is the seamless way that it fit into my digital lifestyle. It stores and synchronizes my entire photo library, more than enough music than I have time to listen to, all of my 2,500+ contacts, as well as my calender. It’s nice knowing that it’s all there, wherever I go. And it’s always there, everywhere I go. Not to mention email and a camera.

As a designer, I’m apparently not alone in my admiration. Nearly every designer I know – young and old – has one, it’s almost as if it’s a digital membership card. In fact, one designer I know (or should I say the only designer I know) who does not have one has developed a sudden complex that she’s missing out, and might be seen as inauthentic by her peers. That’s going too far, as I think there’s a danger in everyone all being the same.

Naturally, the iPhone has its detractors. But on the whole, I would say that such resentment comes from jealous competitors and their loyalists.

Calling the iPhone a “phone” is actually a misnomer. It’s really a tiny computer, and a darn good one. At the heart of all great computers is great software, and this is what I love most: its apps, the small — mostly free — applications available through the iPhone itself and iTunes. From a design standpoint, they run the gamut from simple and stupid to complex and eggheaded. Often, there are creations of absolute brilliance, as well. This is where you can really transform your iPhone into your own. I currently have 69 apps installed, with an emphasis on quantity over quality.

Here is a list of some of my favorites: 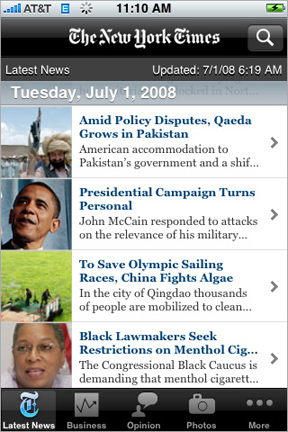 NYTimes
A little dry as a choice, and buggy as software, this still reaffirms the old saying “content is king.” This app reformats each of the venerable paper’s articles into an easy-to-read format. It gives you the opportunity to filter the type of content you’re interested in (art, politics, science, op-ed, etc). This is the app I go to sleep with and wake up with. 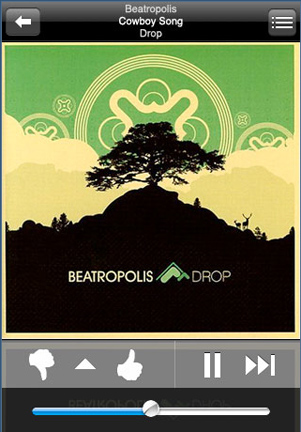 Pandora
Internet radio tends to be very limited in its programming. And until the iPhone came along, it only existed on your computer. Pandora has a unique twist on this by using a sophisticated database called the Music Genome Project to recommend new artists based on artists that you like. I’m a total music snob, and I can say that they have me pretty well-figured out. 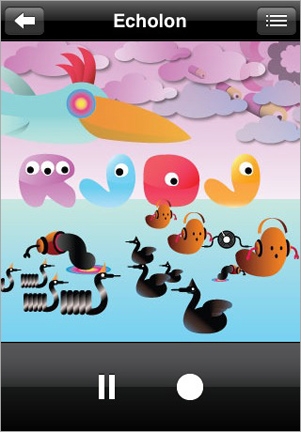 RjDj
This the closest thing to conceptual art I have seen on the iPhone, and it’s a pretty trippy affair. It takes sounds from around you from the telephone’s receiver (your voice, the wind, cars outside) and turns them into otherworldly echoes. Using headphones, this become a sensory experience. A quick walk to the dry cleaner has never been more enjoyable. 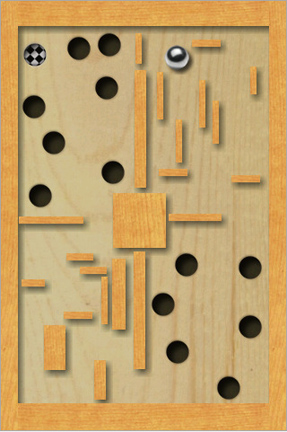 Labyrinth
This is a game utilizing the iPhone’s very sensitive motion sensor (the accelerometer), as you tilt the phone to move a marble abound a maze. This is a digital version of the old balancing game with a real marble and a wooden board controlled by knobs. 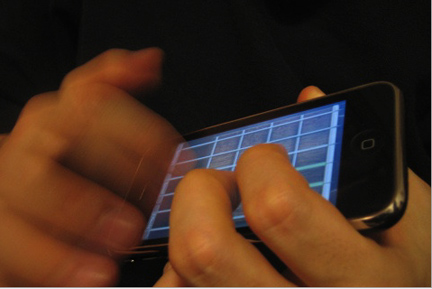 Pocket Guitar
When I’m not near a real guitar, this acts as a good substitute. After choosing the type of guitar (acoustic or electric) you can play alone, or play along with songs from your music library. I have even played along with another friend on his iPhone until we became too ashamed of our “Nerdstock” jam session and quickly stopped. 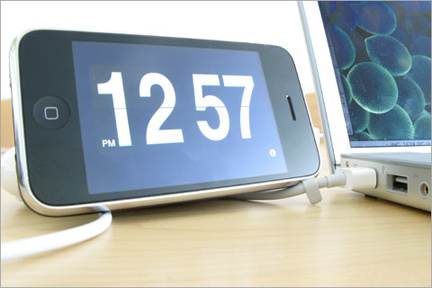 Flip Clock
Though I never thought  I would use this, it comes in handy all the time. All it does is have a very large readout of a flip-style clock. Perfect for events where a clock is needed to be viewed from a distance… we end up using this when speaking at events, as it keeps things on-track for everyone. 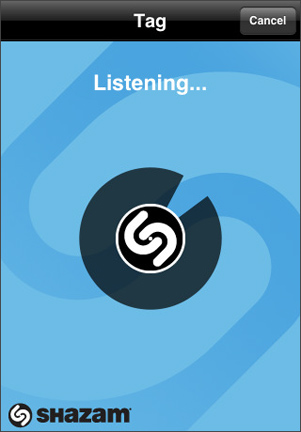 Shazam
My music tastes tend to be that of a 55-year-old’s, which is why I hate constantly asking everyone what’s on the stereo in our studio when someone puts on their playlist. Now, I simply use Shazam, and this app literally can “name that tune” and let you know within seconds. It’s hardly ever wrong, and amazes me every time. 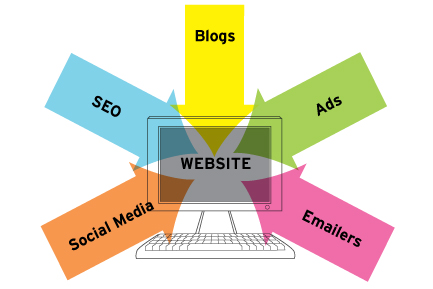