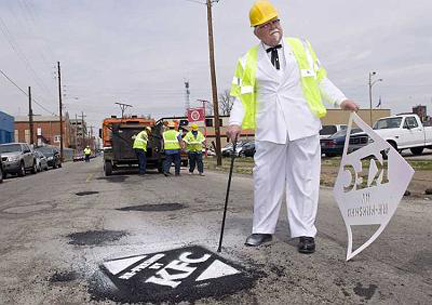 Businesses are pulling out all the stops to distance themselves from the tarnished image of corporations that we all have stuck in our heads. In an age where bad news is the norm, community-based, goodwill stories are getting a lot of attention. It’s not surprising that companies are trying to get off the front page and into human interest segments. Kentucky Fried Chicken recently made the news with one such story, when they announced that they’ll be filling hundreds of potholes in their hometown of Louisville, KY. The catch? They’re stamping the potholes with their logo and the tagline “Re-freshed by KFC.”

Is this a mutually beneficial relationship? Or has it crossed the line for how brands should be promoting themselves?

The idea of combining advertising and public service has been done before. Recently, Charmin installed free public toilets in Times Square to promote toilet paper. This isn’t so dissimilar to KFC’s initiative, so why didn’t it raise any brows? 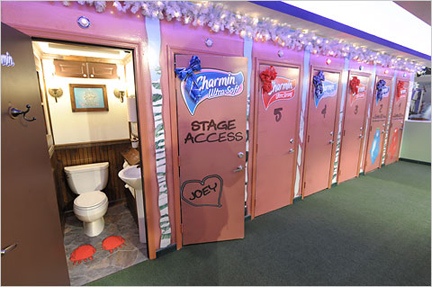 I have to admit that I’m not 100% comfortable with looking at KFC branded pothole covers. When I really analyze it though, I’m not sure I’m opposed to it. I’ll put it this way, if it were Whole Foods taking this initiative in New York, I might think it was great. I think the concept is more successful when it actually relates to the product (eg. Charmin), but using an advertising budget to perform public services isn’t the worst thing in the world. Even if it is self-serving. I guess it’s better than erecting a huge KFC billboard over a street full of potholes.

Previous Post Support Earth Hour and Turn the Lights Out This Saturday at 8:30 pm 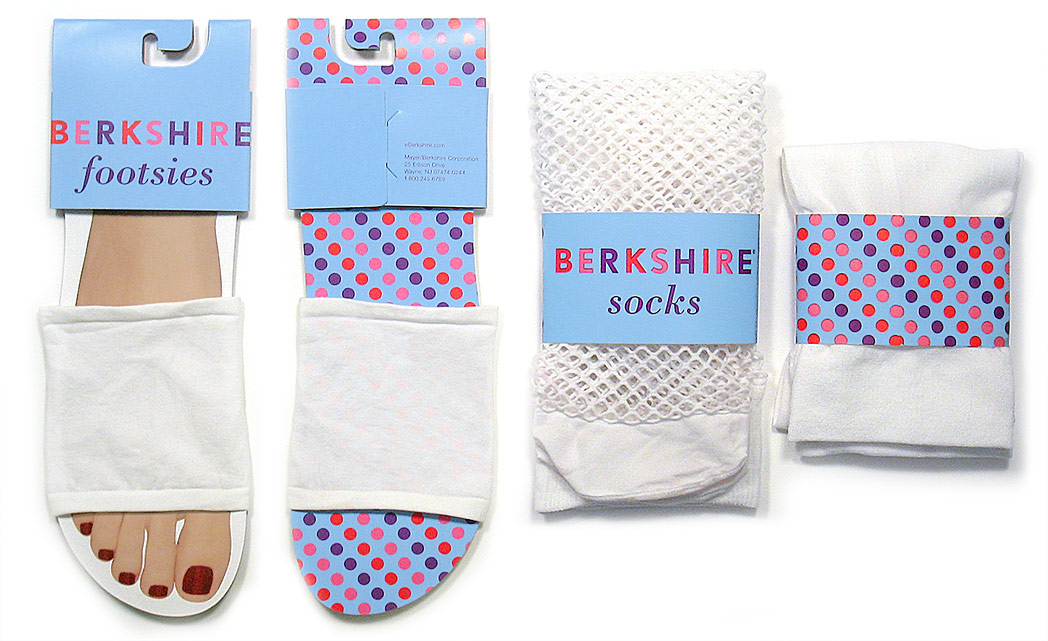 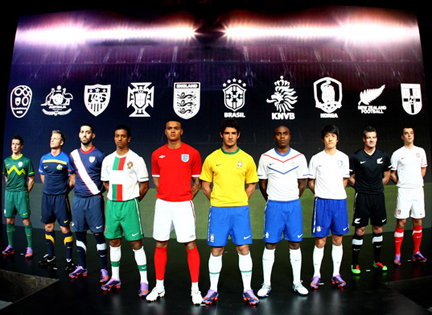 World Cup summers are always exciting and it’s great to hear that Nike is making an effort to be green.…
Read More