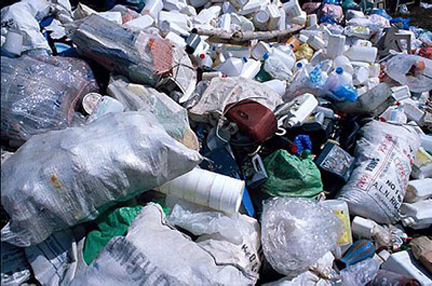 Apparently recycling is as complicated as rocket science. I attended a lecture by Samantha MacBride, the Deputy Director of Recycling for the New York City Department of Sanitation this week, where everything I thought I knew about recycling was flipped on its head. Of the many topics covered, some of the more shocking included what actually is recyclable and why, the best contribution we can make to recycling and the horror of the plastic shopping bag…

Recycling is a pretty overwhelming topic. There are so many categories and nuances that it’s very easy to get confused about what to put in the recycling bin. Glass and aluminum are always good, but when it comes to plastic, it’s not what you think. If you’re like me, you probably thought anything with a 1 or 2 plastic resin code should be recycled. Not true. Only plastic bottles and jugs with a 1 and 2 should be placed in the recycling bin. Everything else is trash. Shocking? I thought so too, but here’s the deal. Recycling only makes sense when the process itself uses less energy and money than the piece is worth. (If you have a sheet of plastic that takes $4 to turn it into something that can be sold for $2, it’s not worth recycling). Worse yet, plastics that aren’t 1 or 2 can’t be marketed at all because its recycled state isn’t compatible with future use. The good news here is that all this non-recyclable plastic makes up less than 1% of our trash annually. In other words, unrecycled plastic is not the worst offender.

The plastic shopping bag has recently become a symbol of environmental outrage… and rightly so. These are NOT recyclable items, and they represent a significant part of our waste. Over 100,000 tons of plastic bags are consumed by New Yorkers annually. Even the new wave compost-able plastic bags don’t break down in landfills (see Organic Waste section below). What’s worse, studies have shown that giving a discount to people who bring their own bags or offering recycling stations for plastic bags at shopping centers both produce minimal impact. The best solution is to put a surcharge on all plastic shopping bags. This method has been proven in Ireland, where they’ve decreased plastic bag consumption by 90% since implementing a tax on bags in 2002.

The single biggest impact on recycling every New Yorker can make is to recycle more paper. Unrecycled paper from New York residents (these statistics do not include commercial recycling) makes up approximately 420,000 tons sent to trash annually. Compare that with approximately 70,000 tons of recyclable plastic sent to trash annually. It’s a big problem that’s making up over 15% of our trash that could easily be recycled. Newspapers, cereal boxes, milk cartons, cardboard boxes – all worth the effort to make a significant impact in the recycling effort. Shy of getting rid of your car, this is the best thing you can do to decrease your carbon footprint.

It was also depressing to hear that organic wastes do not break down in landfills. While I thought the scraps from my Thanksgiving dinner would biodegrade in the trash, possibly even benefiting the land by enriching the soil, I was quite wrong. Landfills are designed to inhibit degradation in order to protect the surrounding land from contamination – kind of like a storage container. Unfortunately this waste is the biggest unresolved problem we face. It makes up the majority of waste materials – almost 50%. And all those great, ingenious biodegradable cups and bowls will never get the opportunity to degrade in trash cans. They need to be composted along with all your other food scraps to break down. This is particularly troublesome in places like New York where the opportunity for personal composting is slim, given most of us don’t have any outdoor space for composting. The solution? Well, there isn’t one at the moment. Relying on people to compost their food will produce minimal impact. Mixed waste composting is one solution, but it’s controversial.

As designers, I think there is a lot to take in with this information. For one thing, choosing the coolest looking packaging is not always the smartest idea. Creating designs that are both great and low impact is a much bigger challenge. That awesome styrofoam, mold injected package might look hot now, but you can count on it being around for eons in the landfill… probably not exactly how you intend to leave your mark as a designer.

Another opportunity exists in clarifying all this information into a much more streamlined process for people. Education is the key to change, but we have to make it easy for people. As a designer, if I completely misunderstood all the recycling literature and propaganda that I had to seek out, how can I expect anyone else to get it? We shouldn’t have to dig to get these answers at all – we need to make these processes easier to understand and participate with. 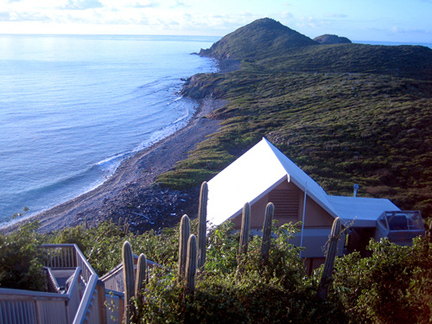 A Different Kind of Island

I spent last week on the island of St. John, in the US Virgin Islands. Oddly enough, it’s approximately the…
Read More 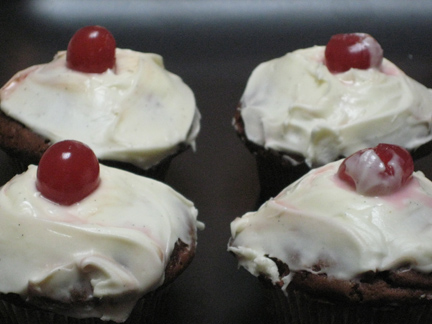 Today MSLK surprised me with a sweet little birthday celebration. Ellen made the most delicious and beautiful cupcakes I’ve ever…
Read More