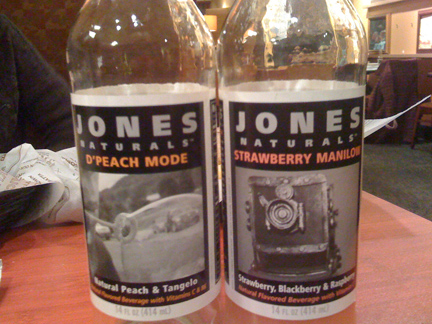 If you didn’t know this already, I am a pathological punster. It’s a compulsion I suppress at every level, as puns are best doled out sparingly to the unsuspecting. If at all. When I’m not blurting them out (read: often), you can bet I am thinking of them.

Occasionally I can put my so-called talent to good use professionally, but mostly it exists in my mind as background static. It’s my silent burden, keeping my mind forever occupied.

Strawberry Manilow and D’Peach Mode. Two names so… so… punstastic!

A quick visit to the Jones site showed that they had not been very consistent with their naming. I was hoping to see a really amazing lineup of puns based entirely on musicians’ names, but it was a bit all over the place:

Further adding to my disappointment, the imagery had absolutely nothing to do with the product names, let alone the flavors. I get that there’s the Jones house style of using some vaguely retro random b&w imagery, which is usually different from bottle to bottle. This is certainly interesting from a branding standpoint, and something that has worked for them in their own irreverent way for years.

However, this approach is fine for root beer and green apple soda, but this in this case was a real chance to hit it out the park with such great names for the Naturals series. I’m sure that there was some legal jiu jitsu that needed to be done to clear these names in the first place, but would really have killed them to have an image of a showgirl for Strawberry Manilow? What about something like this for the D’Peach Mode:

If you’re a DM fan, you’d get it. If not, then it’s the same sort of disjointed imagery we’ve come to expect from those wacky Jones folks. Unless I’m missing something here entirely.

I’m always happy to see products with puns as their names, or even better, as large headlines. The most notorious is fashion designer and shoe maven Kenneth Cole, whose personal approach to groan-tastic advertising never disappoints (or always, depending on your viewpoint).

Next Post Support Earth Hour and Turn the Lights Out This Saturday at 8:30 pm 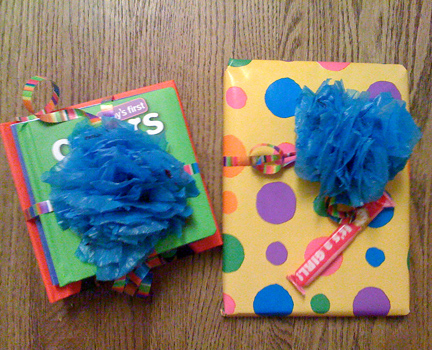 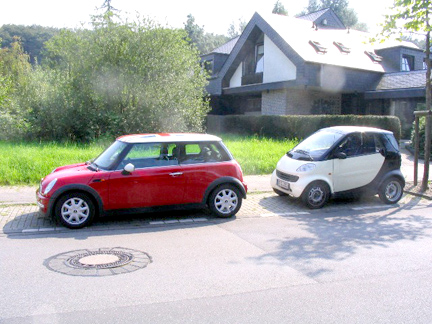 Smart Cars are finally cropping up on the streets of New York—I’ve spotted three so far. For all you naysayers…
Read More