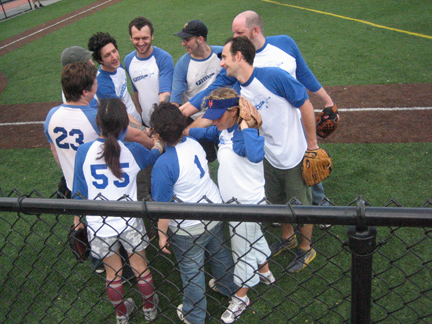 Every week, from April till September, you can find me and 10 of my friends on the ball field. It’s a tradition, that has been going on for 7 years now. Back in 2001, I asked my friend Melissa’s boyfriend (now husband), Oliver, to help me round up some guys to create a co-ed softball team. A month later, “The Pigeons” (an hommage to my hometown ball team, the St. Louis Cardinals) was born.

Since then, The Pigeons has had a host of characters play with us, including all of my girlfriends, my sisters, and most notably, Ellen and Jacqueline from MSLK. The Pigeons has also expanded into a winter volleyball team, which has a glowing record of championship titles. The Pigeons has fostered life-long friendships and through The Pigeons I was able to create two love interests. Happily, one couple is now married and the other engaged.

But the best part about The Pigeons is I simply cannot imagine my summers without it. I hope we can continue our tradition for another 7 years.

Tonight was not a particularly great night for The Pigeons. In fact, since our 7th inning, 1 run loss in the summer league championship game (after already beating out the first place team), we have been floundering a bit. However, I had a fielding personal best. While playing 2nd base I made all 3 outs in 1 inning. I don’t think that’s ever happened before. At bat I had 1 run and 2 RBIs and I don’t think I made any errors — that alone might make it my best game ever. 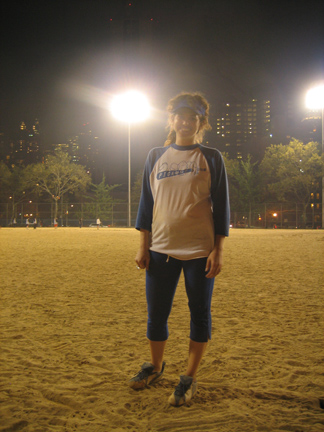 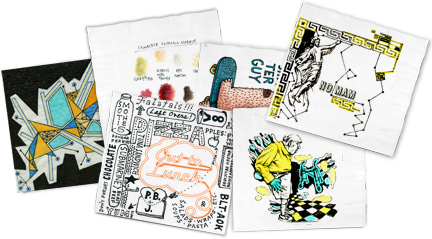 Calling All Creatives: The “Out to Lunch” Napkin Sketch Sweepstakes 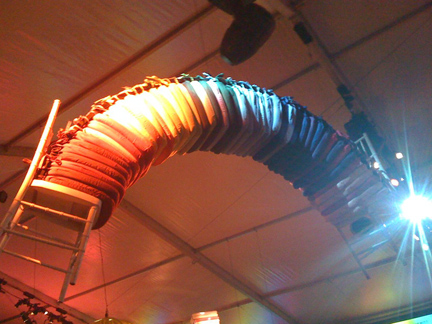 Last week we attended the Cooper Hewitt National Design Awards. While all the attention was justifiably on the recipients, (my…
Read More